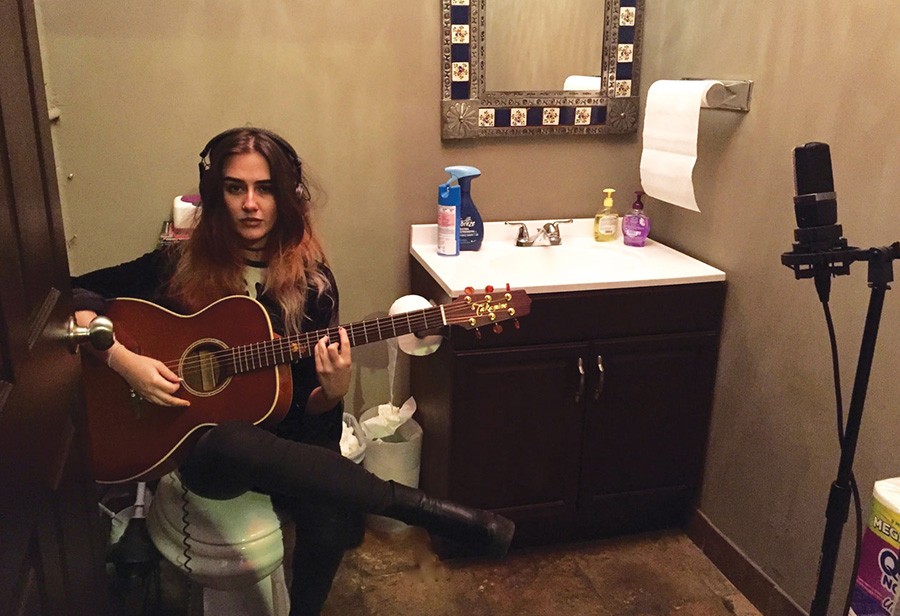 The true significance of UK singer/songwriter/guitarist Holly Henderson first came to the attention of legendary guitarist, writer, and producer Pete Thorn (Chris Cornell, Melissa Etheridge, Courtney Love, and Don Henley) after hearing demos the 23-year-old Londoner had recorded. Using only a couple of guitars, a small practice amp, a few pedals and an aging Mac laptop running GarageBand, Henderson radiated such brilliantly unique musical instincts that Thorn was convinced there had to be a proper, full-length Holly Henderson album… and that he should produce it.

In the process of establishing guitar tracks (a couple of which Thorn imported directly from those home demos), Holly became acquainted with one of her producer’s favorite acoustics, a Takamine TF77-PT... a solid cedar topped, solid Hawaiian Koa back and sides OM that she ended up recording with, as documented in a photo of Holly tracking with the Tak in Thorn’s classic echo chamber (also known as his bathroom). That photo is now the cover of Monday Green.

Deciding she needed a Takamine of her own, Holly consulted directly with Takamine and concluded the new CP3NY-ML was the model for her. But as can often be the case with killer new models, the solid-cedar topped, molasses-colored New Yorker-sized gem had sold out and would be unavailable for several weeks… a virtual eternity in new-guitar time. 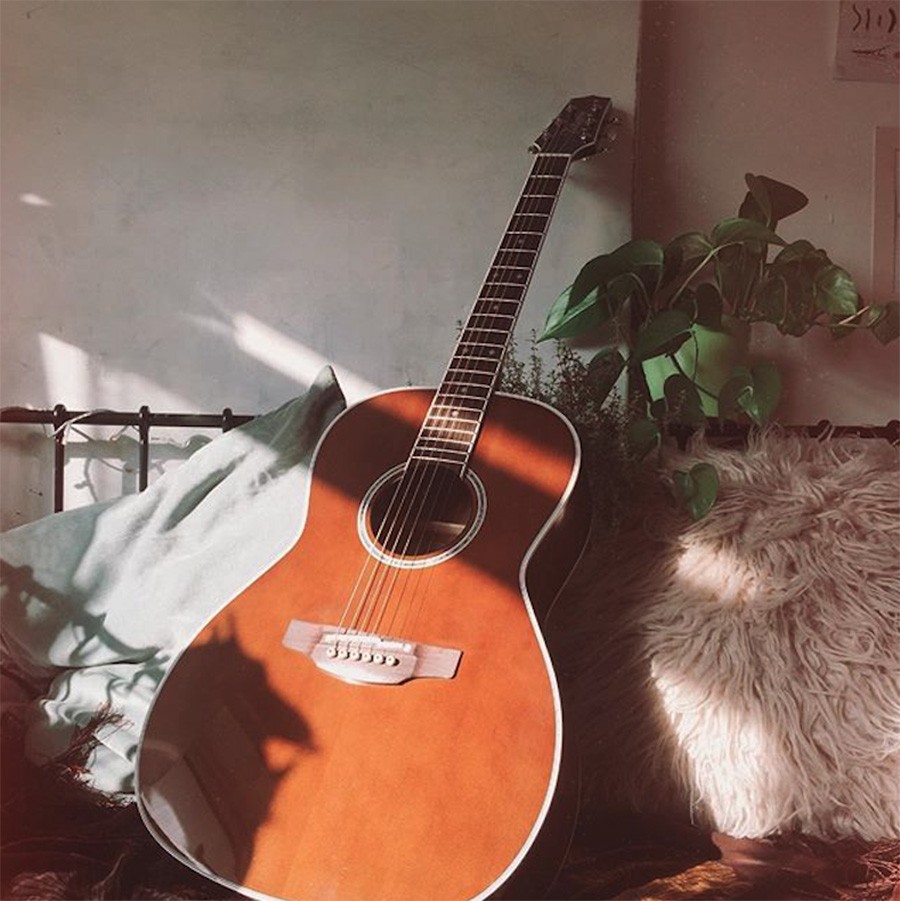 Holly's CP3NY in Gloss Molasses finish. This New Yorker-sized guitar is a great songwriting machine, with a smaller size that invites you to curl up on the couch and write some great tunes. When it's time to hit the stage, it will step up with you using  Takamine's legendary CT4B II electronics and Palathetic pickup.

But Holly would soon be attending the UK Guitar Show in London, as would be Takamine’s own chief designer Makoto Terasaki. Could Makoto possibly acquire a P3NY-ML from the factory and present it to Holly at the show? It was a long shot for a couple of reasons. The Takamine factory showed no available P3NY-ML either, and the UK Guitar show was only 10 days away.

Nonetheless, the challenge was issued to Makoto, who in addition to being Takamine’s chief designer is also their longtime director of Artist Relations... and everyone knows making guitars appear out of nowhere is what artist relations does. Still, Holly was advised not to expect her P3NY-ML anytime soon. 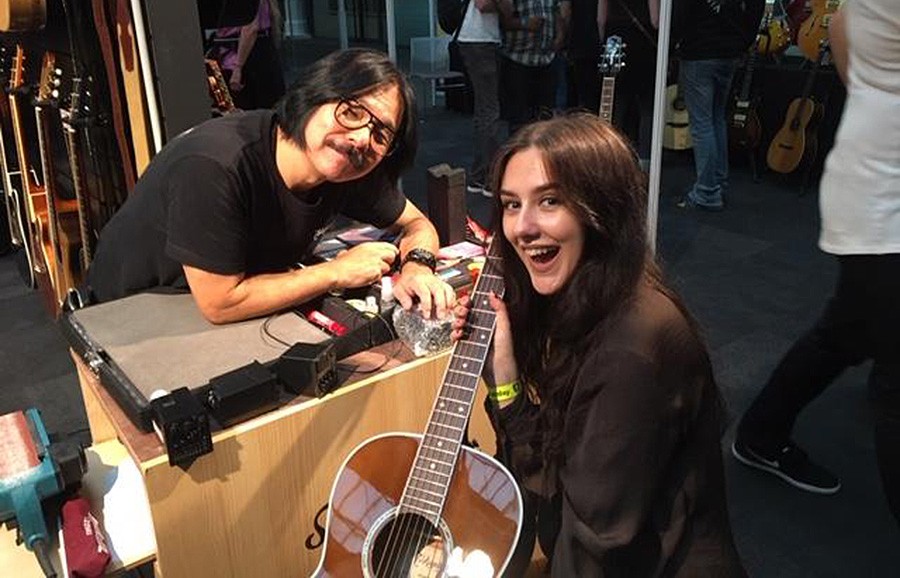 Holly Henderson at the UK Guitar Show with Takamine's Makoto Terasaki and her new CP3NY-ML.

Holly did attend the UK Guitar Show and did visit the beautiful Takamine booth compliments of longtime Takamine partner and UK Distributor Korg UK, and Makoto did make the trip from Japan with guitar case in hand.

So wrap your ears around Monday Green here and see if you don’t agree with Pete Thorn that Holly Henderson is an essential creative force to be reckoned with.