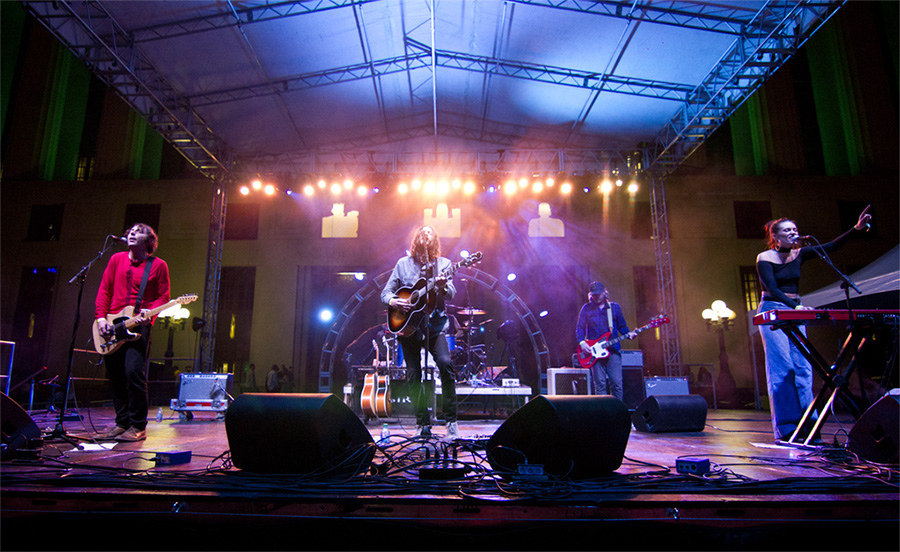 Family of the Year, one of the busiest acts in the business, made a quick tour stop in Nashville last week and took delivery of a couple of new Taks in the process.  Touring heavily in support their self-titled new album (released September 4), both frontman Joseph Keefe and guitarist James Buckey were in need of backup Taks for their upcoming swing through Germany, Netherlands, Luxembourg and Switzerland.  While here, Joe told of trying virtually every acoustic-electric available before finding what he needed in the Tak P6NC.

Over the years, that guitar has become such a integral part of Joseph's performance that he has become readily associated with the model. The new album Family of the Year featuring the single "Make You Mine" has been extremely well received, and is now available at: