Springsteen Supports Vets at "Stand Up For Heroes"

Springsteen Supports Vets at "Stand Up For Heroes" 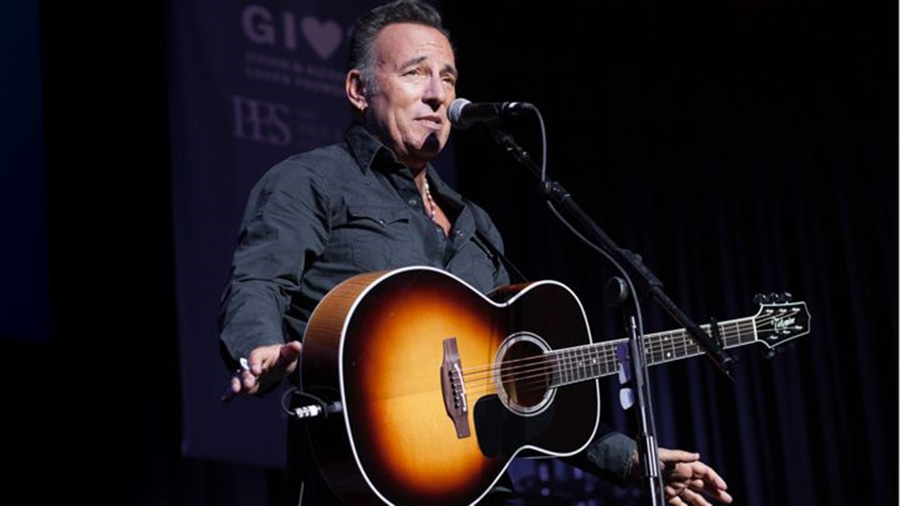 An excerpt from Rolling Stone Magazine:

Veterans Day comes with many traditions — parades and commemorations for those who've served and defended the country — and Stand Up for Heroes, held the night before Veterans Day this year, is among the most solemn and entertaining. Presented by the New York Comedy Festival and the Bob Woodruff Foundation, the annual event raises funds to assist injured service members and their families. Now in its ninth year, the three-hour event, held at the Theater at Madison Square Garden, has its own particular traditions, all on display last night: deeply felt tributes to the servicemen in the audience, irreverent and often ribald humor from the participating comedians and a mini-set of songs by Bruce Springsteen — who also adhered to his own tradition of telling a few delightfully dirty jokes.

As pictured in the article, Bruce played his Takamine P6N at the event.