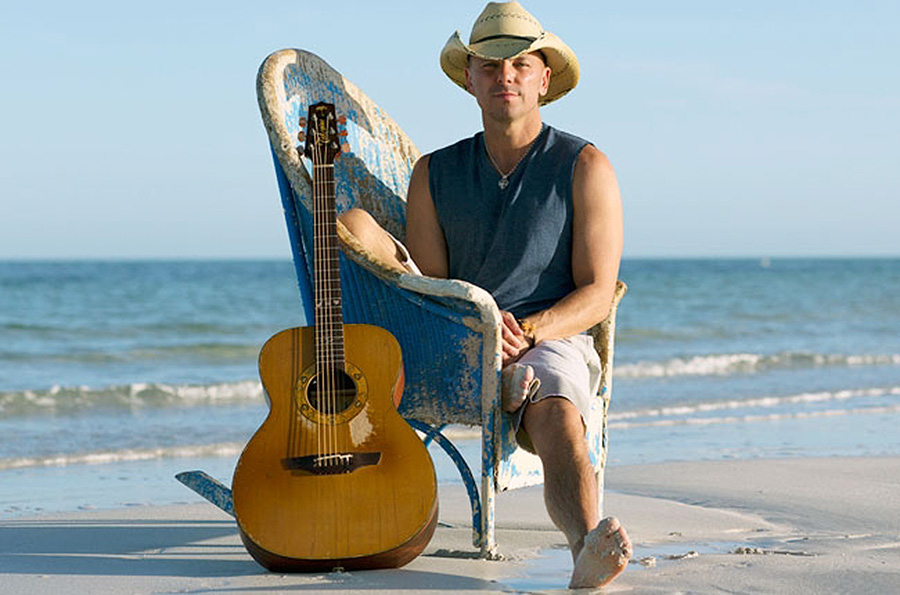 Country superstar and Takamine signature model artist Kenny Chesney has announced 2016 dates for his Spread the Love tour. The 13-show stadium tour will run coast-to-coast from April through August. Joining for the North America shows will be opening acts Miranda Lambert, Sam Hunt, and Old Dominion. Kenny's tours regularly rank among the highest grossing in the entire industry. This star-packed outing should follow suit. Earlier this month Kenny performed his new #1 single "Save it for a Rainy Day" live on the CMA Awards. For the occasion, Kenny played his well-worn Takamine KC 70 signature model.