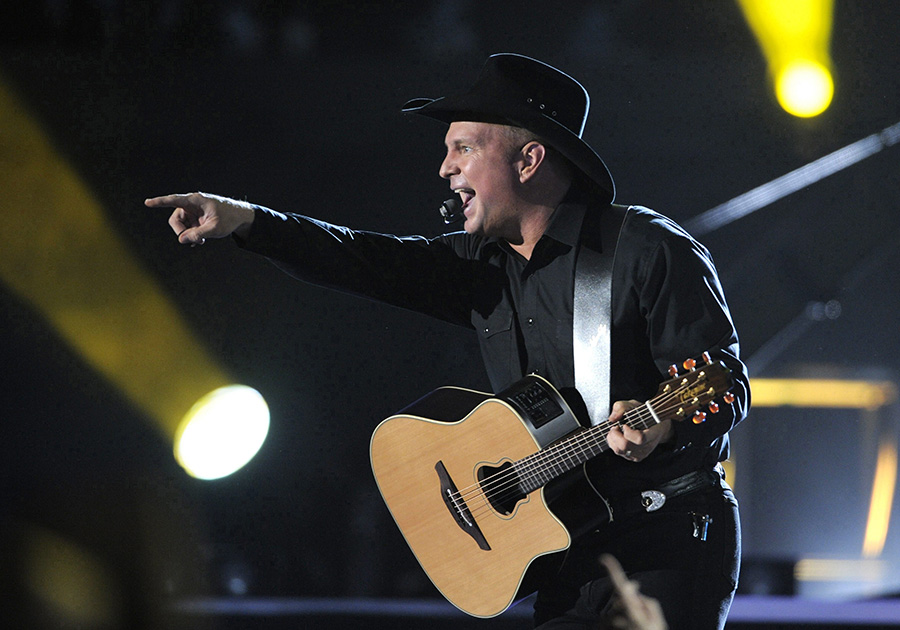 The numbers are in for the most successful music tours in 2015, and Takamine artist Garth Brooks took the number-one spot by selling nearly twice as many tickets as his nearest competitor. According to statistics portal Statista, Brooks sold a whopping 1,207,109 tickets, playing an average of six arena shows per city (and as many as 11 in Chicago and Minneapolis), and shattering attendance records at all 29 arenas played.

Coming in at number two was fellow Takamine signature artist Kenny Chesney, who filled 691,619 seats during his Big Revival stadium tour. On both stages, Takamine guitars played dominant roles. Aside from Garth's ever-present GB7C, both the Takamine P6N and EF360GF worked Garth's stage via band members Karyn Rochelle and Jimmy Mattingly. Chesney split his 2015 acoustic duties between his signature model KC70 and his first Tak ever, a 1996 EF317S.