Glenn Frey To Be Honored at Grammys

Glenn Frey To Be Honored at Grammys 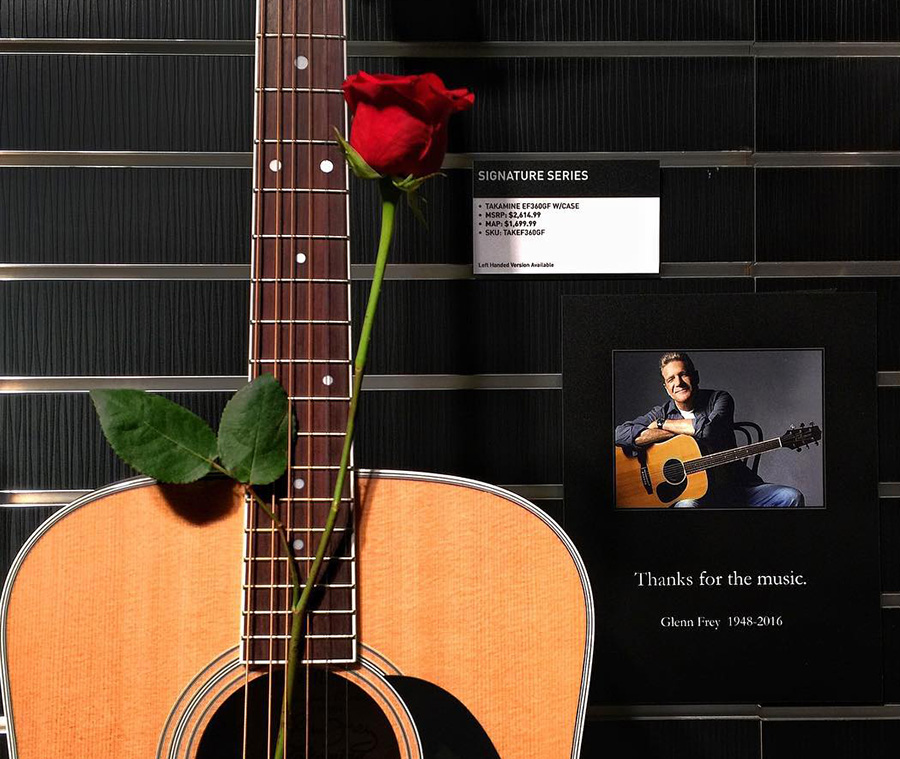 Per an article in today's Los Angeles Times, Monday's 58th Grammy Awards will feature a salute to Eagles founding singer, songwriter and Takamine-playing guitarist Glenn Frey. His bandmates and friends Don Henley, Joe Walsh, Timothy B. Schmit, Bernie Leadon, and Jackson Browne will perform the Eagles’ first national hit, “Take It Easy”, which was written by Browne and Frey.

Takamine was able to pay tribute to Glenn in January, who passed away unexpectedly just a few days before the start of the NAMM show, by displaying his Signature Series Takamine EF360GF at the show with a rose.

Per the L.A. Times, longtime Eagles manager Irving Azoff said, "We wanted something simple and elegant, and in discussing it with the family, we wanted an uptempo moment. We knew they were going to do something to honor Glenn, as they well should, and our band decided they’d like to participate in it rather than watch someone else do it."