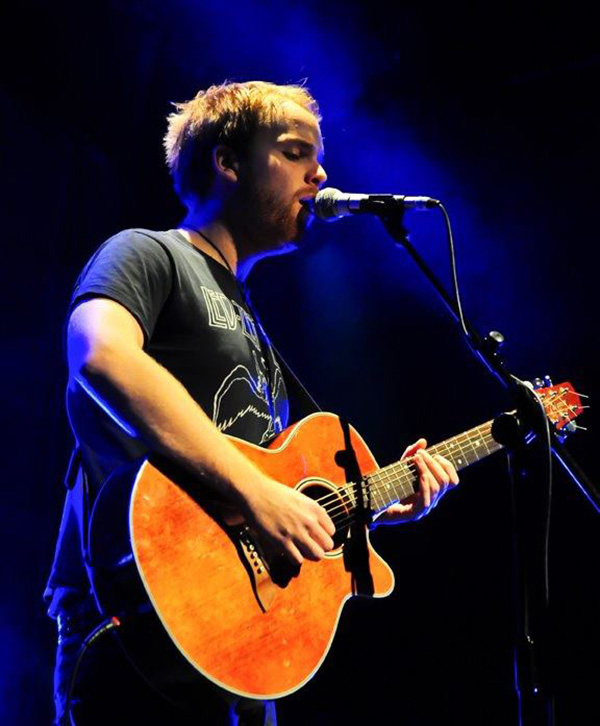 You may well know him. He's played over 2,000 shows worldwide including three critically-acclaimed SXSW performances, shared the stage with the likes of Ed Sheeran, Mat Kearney and Dave Mason, and was recently (but not surprisingly) named one of Alternate Press Magazine's "12 Bands You Need to Know for 2016". But if you haven't met, his name is Kiernan McMullan, and armed with an EF261S-AN and fierce talent, he continues to earn the kind of global grassroots following that lifelong careers are made of.

Born in Hong Kong to an Irish father and Australian mother, Kiernan's travel-lust is deeply embedded in his DNA. He performed in every corner of Ireland, appearing at festivals, theaters, bars, and coffee shops before signing with 111 Records (Warner) and making the move to the U.S., then releasing his critically acclaimed album "Common Sense". Kiernan has since maintained a solid touring schedule, playing over 200 shows a year.

As previously mentioned, Kiernan's primary touring and songwriting partner is a Takamine EF261S-AN that he purchased ten years ago. "My music would be nowhere near the same without this guitar," says Kiernan. "To say my style been strongly influenced by this instrument would be an understatement. From the first chord I played, the first time I tapped on its lower bout, this guitar began showing me the way. We've been inseparable ever since."

Kiernan McMullan's next full-length album will release this year. Check out his site for updates and some sweet tastes of what this great artist is all about. Meanwhile, here's one of our favorites.