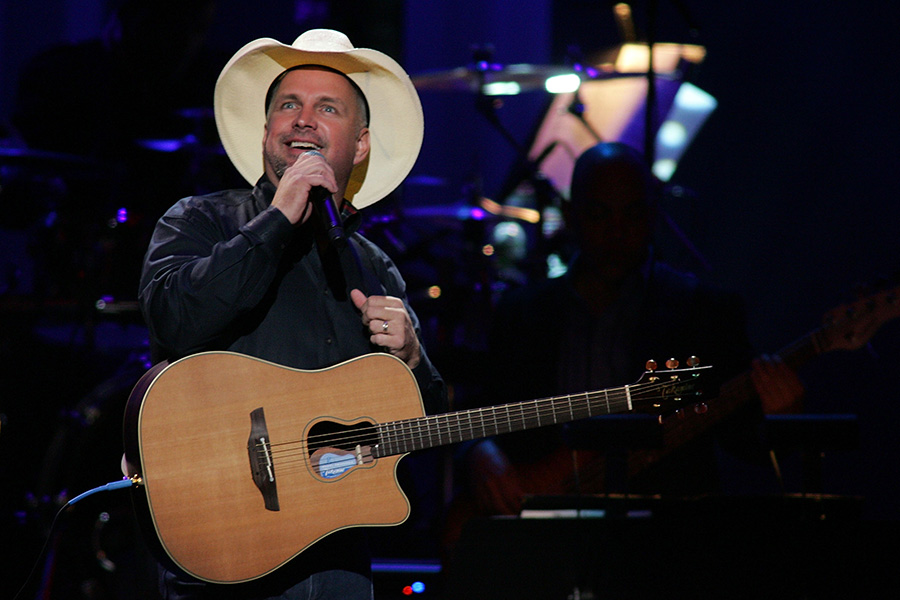 The last time Garth Brooks played New York City was August 7th of 1997, when he gave a free concert in Central Park. There was widespread speculation at the time as to how large a crowd the country star could possibly draw in NYC. As it turned out, almost one million people showed up for Garth that summer night -- still the largest crowd in Central Park’s history.

Nineteen years later, Garth has decided to swing through the Big Apple once again, this time as the first country act ever to play Yankee Stadium. He will be joined on stage by his wife Tricia Yearwood, who has delivered her own impressive set of hits for every show so far of this current tour that began in September of 2014.

There will be a number of Takamine guitars on hand to help pull off the stadium show. Aside from Garth and his ever-present GB7C, two other band members will be assuming acoustic duties -- Jimmy Mattingly with his 15-year-old ENV360S prototype, and the more recently acquired EF360GF Glenn Frey model -- and of course Karyn Rochelle and her trusty P6NC.

Tickets for Garth’s Yankee Stadium show, which happens Saturday July 9, are already on sale. Get them before they're gone!