He has recorded 20 albums, scored 40 top-ten hits and 28 number-one singles. He’s won every country award imaginable and become one of the most successful performers not only in country music, but across all genres, selling out stadium after stadium and year after year.

But in 1994, Kenny Chesney was just another new face in Nashville. He’d just signed with the indie label Capricorn Records and was preparing to record his first album. A mutual friend, Billy Craven, knew Kenny needed a suitable acoustic and introduced us. That first Takamine of Kenny’s, a dreadnaught cutaway EF360SC, made several appearances in his earliest videos and became his go-to acoustic until 1995 when Takamine introduced the EF317S, a sweet little spruce top, koa back and sides New Yorker that caught the attention of both Kenny Chesney and myself. Having only two available, I gave one to Kenny and I purchased the other. Last summer, 26 years later, Chesney managed to snag that one too. More on that later. 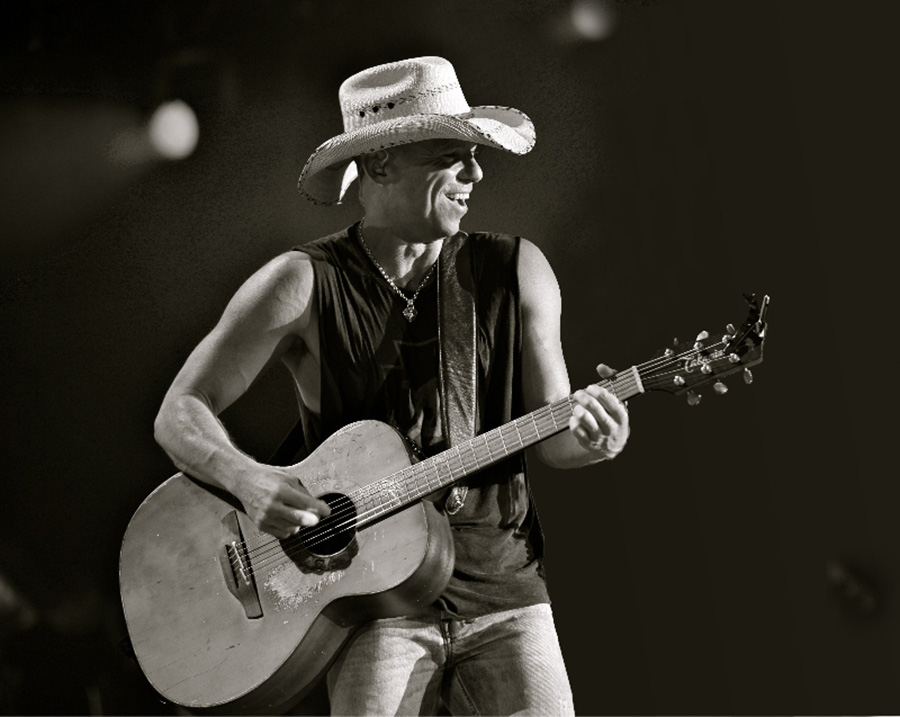 Kenny’s beloved EF317S was featured in the 1997 video of his first number-one song "She’s Got it All", and made cameo appearances in other game-changing videos including the 2002 "No Shoes, No Shirt, No Problem". Kenny grew so fond to that EF317S, he retired it from tour duty and designated it as "the boat guitar" (which basically meant his house guitar). Various Takamine models including the EF261SBL and ENV740S filled the void until 2006, when Kenny was introduced to the EAN70 from Takamine’s very popular Natural Series. The clear sound of the satin-finished cedar top suited Kenny’s adept playing style, while the deceptively small OM body allowed him to move more freely than ever on larger and larger stages. Also, the sun-tanned looking cedar suited the beach bum Chesney... so much so that he decided to customize the EAN70 with a few symbols that expressed his laid back lifestyle. Thus began the development of his signature model KC70. 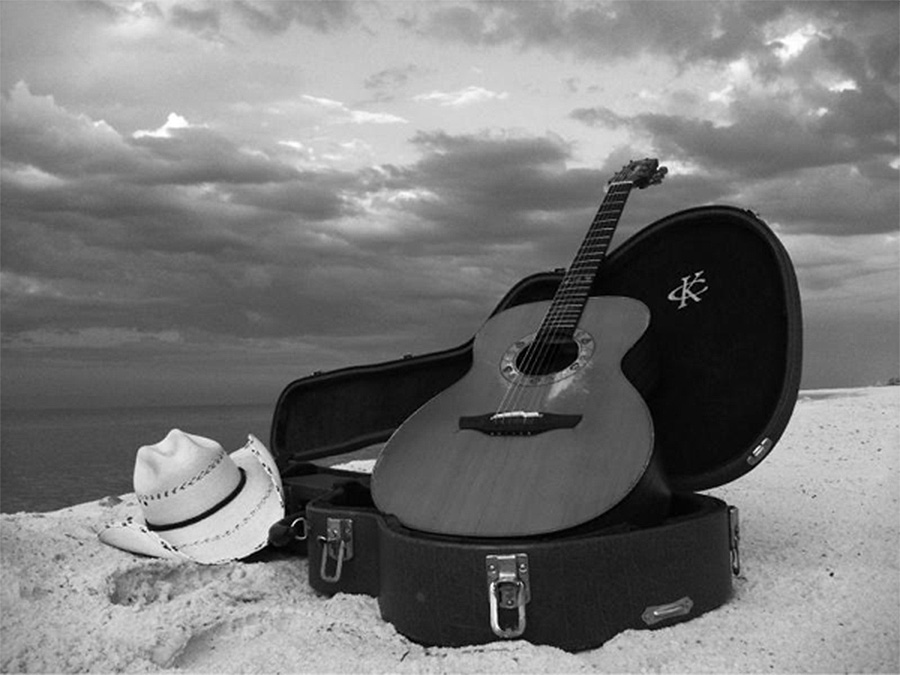 The three icons Kenny chose for the soundhole rosette pretty much sum it up. They represent "Guitars -Tiki Bars - and a Whole Lotta Love". Along with the palm tree logo on the headstock and hand-signed label, the KC70 is by far the most personalized of the Takamine signature models. In fact, only Kenny and a few of his closest friends know the meaning of the cryptic message "Crouton Lives" engraved on the heel cap.

Beach bling aside, any acoustic-electric of Kenny Chesney’s has a very serious job to do. Aside from covering acoustic duties with his band for much of the night, at some point in every show, the Tennessee troubadour harkens back to his solo club days and performs accompanied only by his acoustic. So before Kenny would sign-off on any namesake guitar, it had to pass the "massive venue test" and fill an entire stadium with warm and natural acoustic tone – a gargantuan feat that chokes most acoustic-electrics, but easily accomplished by the KC70. Kenny and his signature model became inseparable.

In 2014 Kenny took a rare year off to recalibrate, and nestled in with his old EF317S. By the time 2015 rolled around and he was ready to tour again, it was clear he wanted to work the EF317S back into the set alongside the KC70. The problem was the EF317S had long-since been discontinued and his "boat guitar" was going nowhere. After serious self-deliberation (and remembering what my job was), I decided to cough up mine. So that cool looking, beat-to-hell OM you see Kenny playing on his current stadium tour  was once my girl – though I doubt she misses me.

Kenny and Takamine have worked together 22 years. Except for where he lives and how he gets around, the KC we know today is pretty much that same kid from Knoxville we met in the beginning. He is known by band and crew family for his deep loyalties, long-lasting friendships, and unparalleled generosities. He is a great artist, but more importantly, a good guy. For Takamine to be a part of what Kenny Chesney does is a true privilege.

Great article!  Love reading all the history and what goes into the designs.