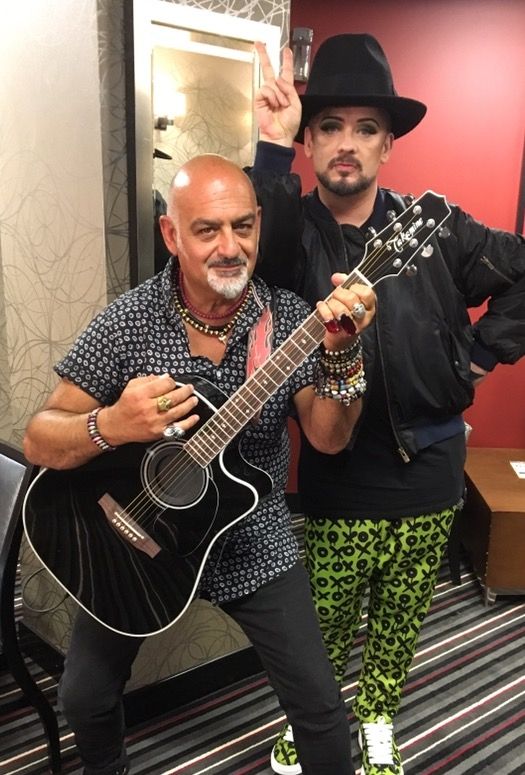 Boy George and old friend, guitarist, producer and musical director John Themis were recently in Nashville as the Culture Club tour played Music City. John was a longtime fan of Takamine and was in search of a dreadnought cutaway model to accommodate their current set list. He was hoping to try something out during the band’s pre-show soundcheck -- and the Schermerhorn, Nashville’s gorgeous-sounding Symphony Center, would be the ideal venue to test drive a new guitar.

John oohed and aahed over the classy, warm-sounding EF341SC before finally plugging it in. He played only a few chords before the front-of-house engineer proclaimed it “perfect”... all before John and the soundman could touch their EQ. No wonder the EF341SC has been our number-one selling model year after year. The guitar was used that night and for every show since. John Themis is especially looking forward to playing the EF341SC when Culture Club performs with the L.A. Philharmonic at the Hollywood Bowl on Aug 26th and 27th.