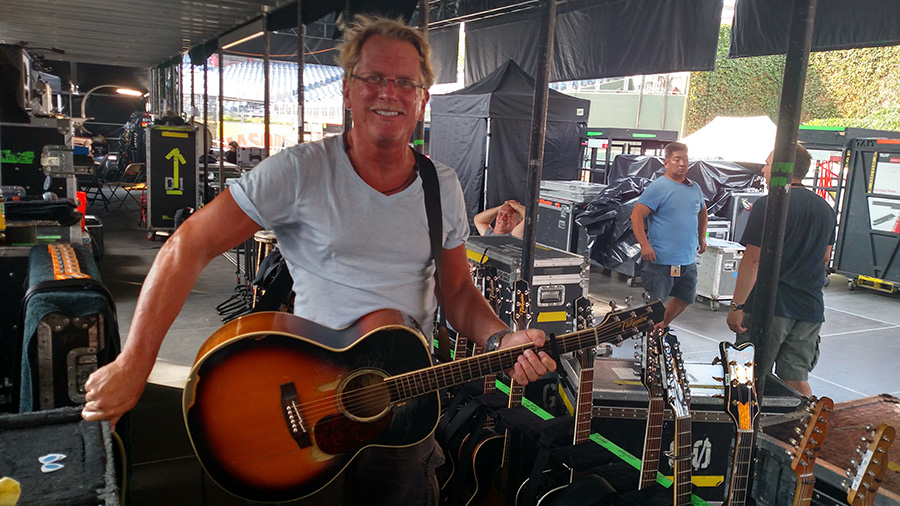 As Kevin Buell triple-checks the tuning of an EF381-SC 12 string, the set list from Bruce arrives – thirty two hand-written song title abbreviations that Springsteen has in mind for this first of two nights at Citizens Bank Park in Philly.

“It’s gonna be a long one” says Kevin before taking out his pen and adding his own notes, top to bottom. Kevin has served as Bruce’s guitar tech for over 28 years and 1,200 shows, so nobody understands better that Bruce’s set list represents his best guess of what’s coming, rather than an actual roadmap -- and that from first song to last, every band and crew member of the E Street Band has to be ready to instantly follow the Boss into any song at any time from his entire catalog (and then some). As testament to the enormity of this task, a 2’ x 3’ laminated sign that lists over 400 possible songs, the key, the guitar Bruce uses, capo position and more hangs in Kevin’s station. 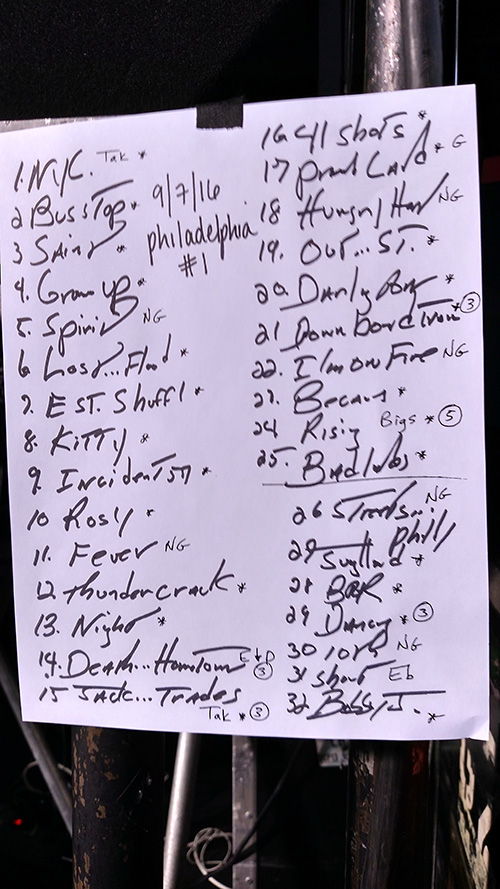 At 8:00, Bruce walks onstage armed with the E Street Band, a seven-piece string section, and his Takamine P6N to perform “New York City Serenade”. From that point on, the Rev. Springsteen conducts a four hour and four minute heart-pounding, knee-shaking, earth-quaking, soul-saving, record-breaking (longest North American Springsteen show ever) rock and roll service for his Philly congregation of 40,000. As always, the show offered some unscripted gems including Nils Lofgren’s acoustic solo on "Kitty’s Back" (a last-second call from Bruce), and an impersonator climbing onstage during “Dancing in the Dark”. No, it wasn’t Elvis. It wasn’t even a Bruce impersonator. It was a young woman with blond wig, glasses and cardboard guitar running from one end of the stage to the other. The Bruce fans knew immediately and went crazy.

Bruce knew too and grinned. She was impersonating Kevin Buell.