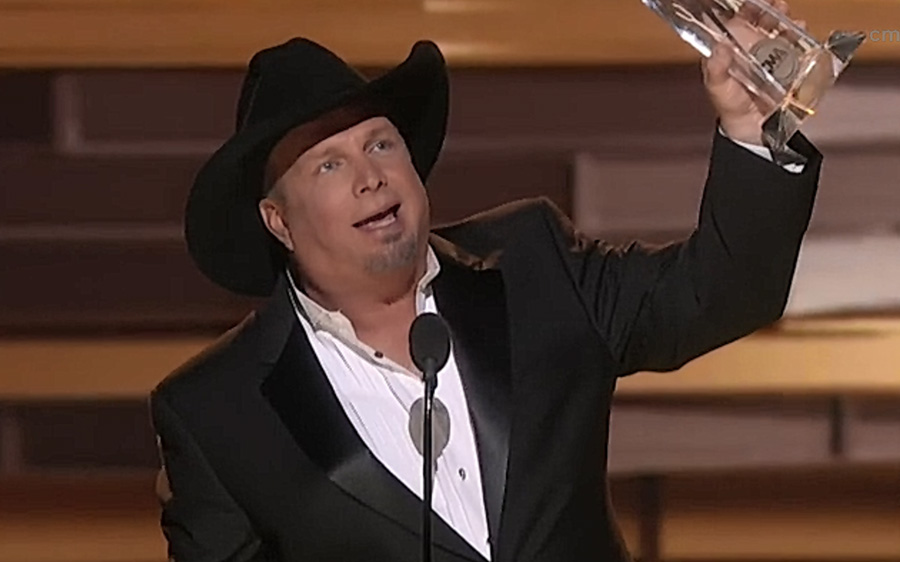 Takamine sends our congratulations to country icon Garth Brooks. On Wednesday night, while much of America was glued to game seven of the World Series, Garth was accepting the coveted "Entertainer of the Year" honor at the 50th anniversary 2016 CMA Awards.

Garth had just sent his youngest off to college and was planning to re-enter the workplace. As anxious as he was to get back at it, the legendary performer was not completely convinced the public was as ready as he was. Although he'd been the top-selling solo artist in history before taking 14 years off to raise his three daughters, things change. What if he launched a comeback tour and nobody cared?

Two years, 270 arena shows, five million tickets sold and one freshly-minted 2016 CMA trophy later, he has his answer. The award pairs nicely with the Recording Industry Association of America’s recent recognition of Garth as the only recording artist in history to have seven albums reach RIAA’s “Diamond” status (over 10 million units sold). Both of these achievements set the stage nicely for the release of Garth’s ten-disc “Garth Brooks: The Ultimate Collection” boxed set that features his new album Gunslinger (available exclusively at Target starting November 11th).

Meanwhile, as always, Garth’s signature model Takamine seems to find itself smack in the middle of everything. Not only is the cedar top, satin finish, dreadnaught cutaway central to almost every one of his performances, but even his recent prime-time TV ad for Target prominently features a GB7C (with unmistakable custom shaped sound hole and giant red Target logo).

So integral has Takamine become to the Garth Brooks narrative that in a recent conversation, the mighty Oklahoman hinted of a cryptic reference to Takamine in the lyrics of a new original song on Gunslinger. Intriguing. Guess we’ll find out on November 11th. For a preview of Gunslinger, check out Garth and band performing the single "Baby Let's Lay Down and Dance" live on Ellen.