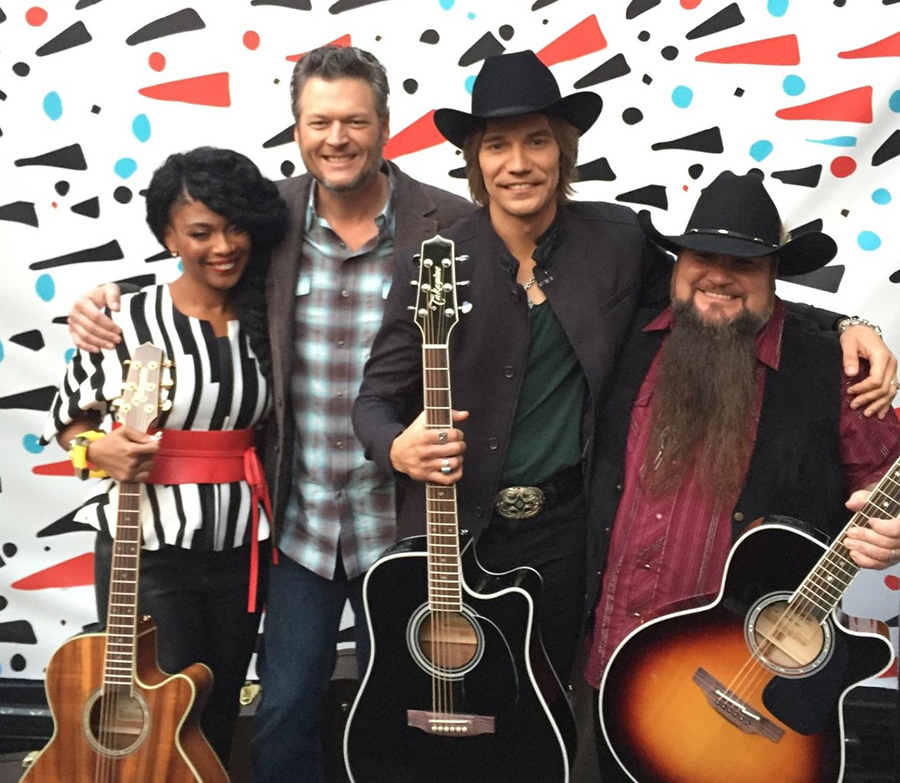 In keeping with what has become somewhat of a tradition, Team Blake’s final three contestants on The Voice were presented with brand new Takamine guitars by their beloved coach and longtime Takamine player Blake Shelton.

The third member, Sundance Head, another soulful singer with an impressive Texan pedigree, received the maple sunburst cutaway P6NC similar to the P6N that he borrowed from show-stash two for his performance of "The Climb" just two weeks ago.

This is Blake’s 11th season on The Voice, which still remains one of TV’s highest rated programs, drawing 10 million viewers twice a week.