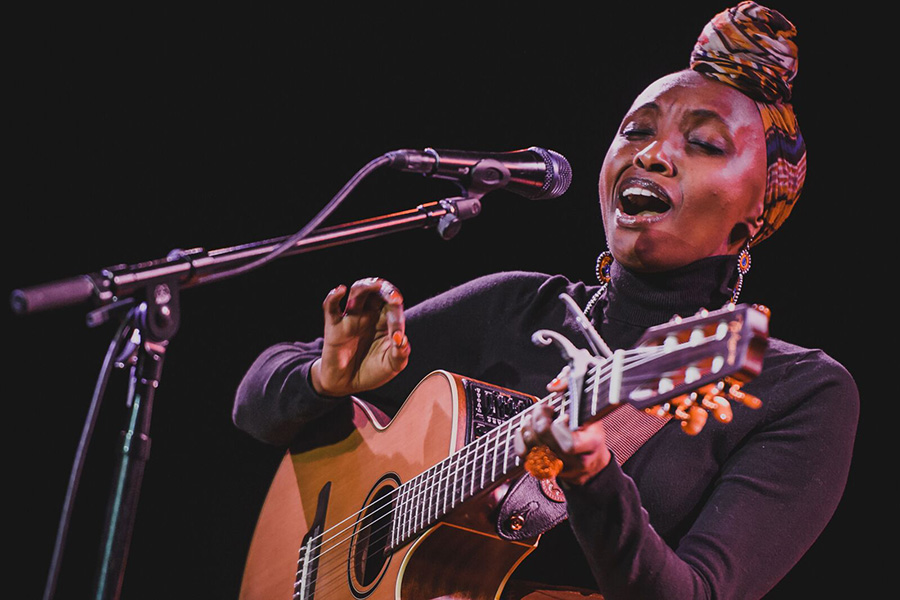 Not long after introducing her fusion of African rhythms, American folk, reggae and soul to the Pacific Northwest, Naomi Wachira was chosen by the arts savvy Seattle Weekly as the “Best Folk Singer in Seattle”. The Kenyan-born singer/songwriter has long since transcended that regional moniker, and now entertains loyal fans on every continent. Good news for those faithful, as Wachira has recently completed the recording of her sophomore album Song of Lament.

Recorded in famed London Bridge Studio with producer Eric Lilavois, Song of Lament is described by Wachira as her bid to carve hope from unspeakable tragedy and a badly-broken humanity. Deeply shaken by last year’s drowning of 700 life-seeking migrants in the Mediterranean, occurring in the very wake of the terrorist murders of 148 Kenyan students, the African native plumbed the depths of her spiritual and musical upbringing for comfort and answers. Wachira admits Song of Lament is a heavy album, but we fans understand that means another great offering from this gifted and purposeful artist.

Naomi’s performances are almost exclusively comprised of her amazing songs delivered by an incredible voice and her acoustic guitar. During the production of her first album, friend and producer Damien Jurado suggested that a nylon string might suit that voice well. He pointed Naomi towards Takamine. The P3FCN she purchased proved him right, and soon artist and instrument were one. The nylon string voice, combined with the smaller FCN body, 1.875” nut width, and satin finished cedar top suited her particularly well, as evidenced in this live video of Naomi performing "I Am A Woman".

Two years later, a block-inlayed version of the same model found its way to Naomi. This Takamine was christened “Estella”, and has since become her number-one acoustic. For more information about Naomi Wachira and her music, visit her website here.