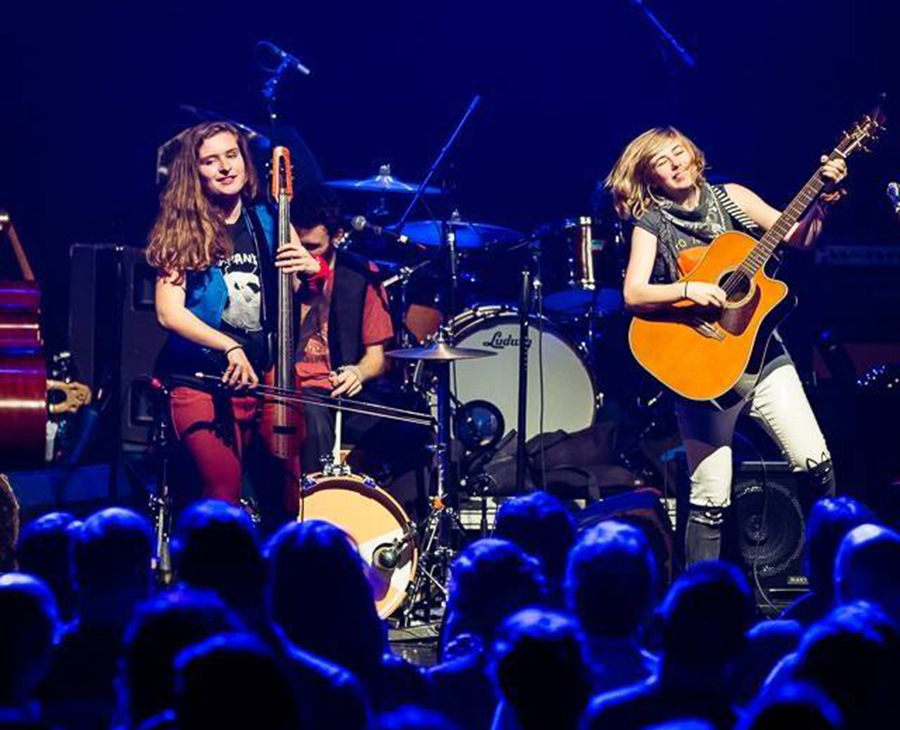 Sony Music Masterworks has proudly announced the signing of alternative folk-rock band and Takamine artists, The Accidentals. Named one of Yahoo Music’s Top 10 Bands to watch in 2017, the genre-melding indie group will release their major label debut this spring and tour in support.

While a typical Accidentals set may feature Sav on bass, ukulele, electric guitar or violin – the next song may well employ Katie on bass, uke, electric guitar or viola. Still, the instrument that most often serves as primary ingredient is a Takamine acoustic-electric guitar; in their case, either Sav’s P5DC-WB or Katie’s P6NC. Said Savannah, a lifelong Takamine player about her relatively new whiskey-brown dreadnaught cutaway: “This guitar hardly ever leaves my hands. It just makes me feel fuller. I’ve already written a ton of songs on it.”

Check out the calmer side of The Accidentals with their video for Michigan and Again.