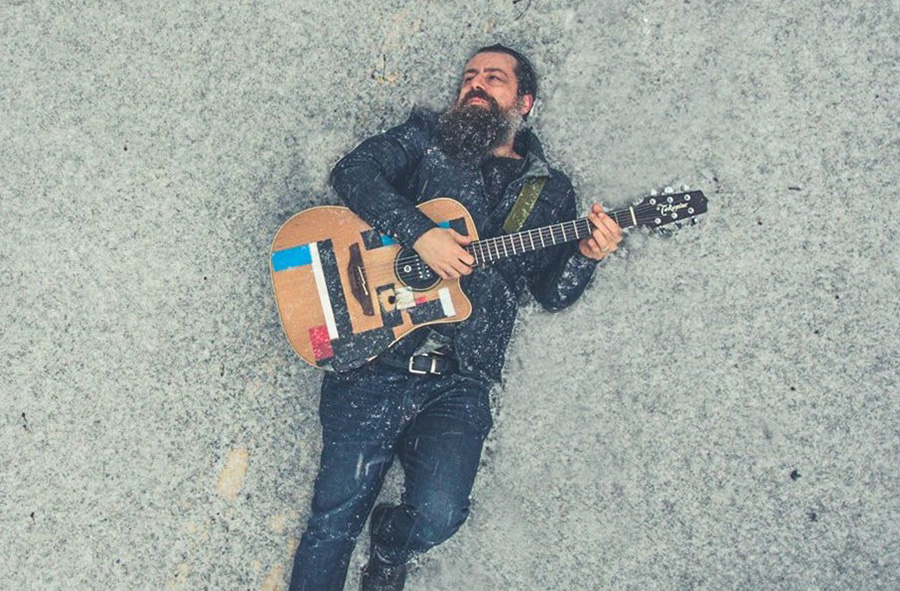 This past summer, we reported on acclaimed singer-songwriter Sean Rowe, who visited us in Nashville en route to record his new album at Sam Phillips Recording Studio in Memphis. Sean agreed it was a good opportunity to studio-test one of our new prototypes, and left with a thermal top, solid rosewood back-and-sides, dreadnought cutaway prototype. We’ve been curious about the outcome of those Memphis sessions ever since.

The result is the album New Lore, produced by Grammy-winning Matt Ross-Spang, and set for release on April 7 via Anti Records. Since it’s only mid-February, and being the Sean Rowe fans we are, we asked for a little taste to see us through the winter. We were allowed to hear the entire album.

Without littering the page with superlatives or jinxing it by predicting its destiny, we will offer only the strong suggestion that at the stroke of midnight on April 7th, Sean Rowe’s New Lore be added to your playlist. You won’t regret it. Until then, check out the freshly-released single "Gas Station Rose".

While Sean was focusing on the recording of the new album, his song “To Leave Something Behind” was being prominently featured in the new Ben Affleck film The Accountant. Consequently, the song has taken on a life of its own, and served as an introduction to the essential Sean Rowe to millions worldwide.

Check out the video for "To Leave Something Behind", featuring Sean’s mainstay Takamine EN10C-AN (antique finish) which he is seldom seen or heard without, complete with multi-colored mojo duct tape, flatwound strings, and feedback buster-mounted humbucker - a hybrid creation that somehow fits the genre-defying Sean Rowe perfectly.