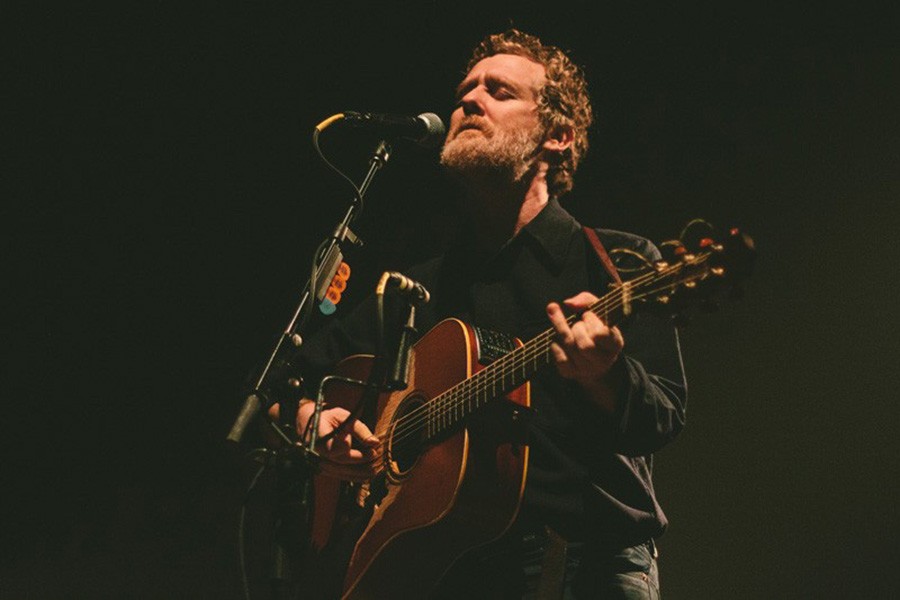 It’s not like Glen Hansard needs to be anyone’s opener. The beloved Irishman has won Oscars, been nominated for Grammys, and easily fills venues on his own or with his band The Swell Season. But when Eddie Vedder calls…

Vedder won Hansard’s heart after calling one day, just to check on him. The two had never met but now shared a tragic common denominator. Just a few days before Eddie’s call, a distraught concertgoer attending a Swell Season performance in Saratoga CA, jumped three stories from a lighting rig, landing dead at Hansard’s feet. Ten years earlier at Roskilde Festival in Denmark, nine concertgoers were killed in a crush when fans rushed the Pearl Jam stage. Eddie knew Glen’s pain and reached out. The two became fast friends and were soon showing up on each other’s stages.

It didn’t take long for Eddie to ask Glen to join his solo tour, and for Glen to say yes. Their instincts were correct; Hansard’s powerful opening set followed by Vedder’s equally mesmerizing solo performance are a natural match. Put them together for a final, killer set and an encore or three, and you have an evening to remember.

The Takamine P3D being used by Glen Hansard on tour with Eddie Vedder. It features a solid cedar top, sapele back and sides, and Takamine's acclaimed CT4B II preamp system with 3-band EQ, volume control and built-in tuner.

As always, Hansard will tour with a small, well-played assortment of cedar top, satin finish Takamine guitars, including a Pro Series P3D and a circa-2012 EAN70. And while his trusty Horse, the famously-worn NP15 that we hear on all those records and in all those concerts has officially been retired, the new models, well indoctrinated by Glen, have taken up right where their esteemed predecessor left off.