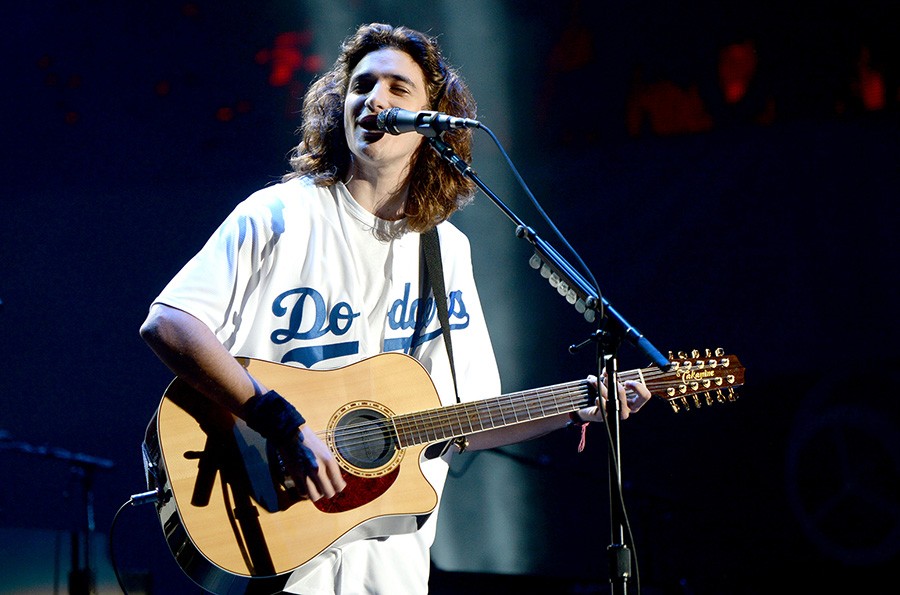 The Eagles have played a key role in the history of Takamine guitars. In fact, it was Glenn Frey who, for all intents and purposes, introduced the Takamine acoustic-electric to America. So it was with great emotion and pride that we watched his 24-year-old son Deacon take the stage along with his "uncles" Don Henley, Timothy B. Schmitt, and Joe Walsh for a packed Dodger Stadium at the Classic West Festival on Saturday July 15. Armed with one of his father’s trusty Taks, Deacon stepped up and delivered lead vocals on "Take it Easy", "Already Gone", and "Peaceful Easy Feeling".

Also featured in the 23-song Eagles set was the great Vince Gill singing lead on "Tequila Sunrise", "Take it to the Limit", "Lyin' Eyes", and "New Kid in Town", as well as the iconic Bob Seger fronting "Heartache Tonight", the Eagles classic he co-wrote with longtime friend Frey. You might not know that Glenn, as an ambitious 20-year-old, sang harmony on Seger’s first hit "Ramblin, Gamblin Man".

The two-day festival will be reproduced later this month in New York as the Classic East Festival, where Deacon Frey and his uncles will once again share the bill with Fleetwood Mac, Steely Dan, Journey, The Doobie Bros, and Earth Wind and Fire.