Coming in October: "Springsteen on Broadway"

Coming in October: "Springsteen on Broadway" 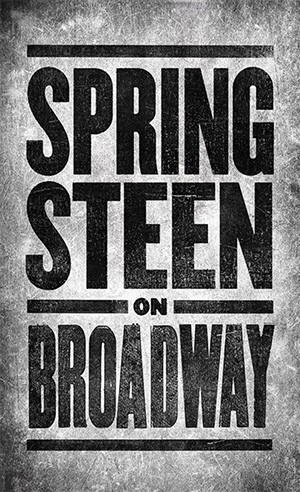 Bruce Springsteen, the iconic New Jersey-born singer-songwriter (and Takamine player) is heading to New York... Broadway, to be specific. The debut of "Springsteen on Broadway" will preview on October 3 at the Walter Kerr Theatre, with the official opening slated for October 12. Springsteen will perform five shows a week through February 3, but get tickets soon; the performances are already sold out through November 26. The solo-acoustic show is something Bruce had been considering for some time.

"I wanted to do some shows that were as personal and as intimate as possible. I chose Broadway for this project because it has the beautiful old theaters which seemed like the right setting for what I have in mind," said Springsteen in a statement. "In fact, with one or two exceptions, the 960 seats of the Walter Kerr Theatre is probably the smallest venue I’ve played in the last 40 years. My show is just me, the guitar, the piano and the words and music. Some of the show is spoken, some of it is sung. It loosely follows the arc of my life and my work. All of it together is in pursuit of my constant goal to provide an entertaining evening and to communicate something of value."

Not since Bruce’s “Devils and Dust" tour in 2005 has Bruce gone solo-acoustic for an entire show. Prior to that, his “Ghost of Tom Joad" tour (1995-97) set the standard for riveting, solo acoustic performance. In both shows, if Bruce was not behind a piano, he was playing a Takamine. All indications are this production will follow suit. While it’s a little too soon to tell exactly which models The Boss is taking to Broadway, Bruce’s mainstay P6N and EF381SC 12-string are likely to be major players.