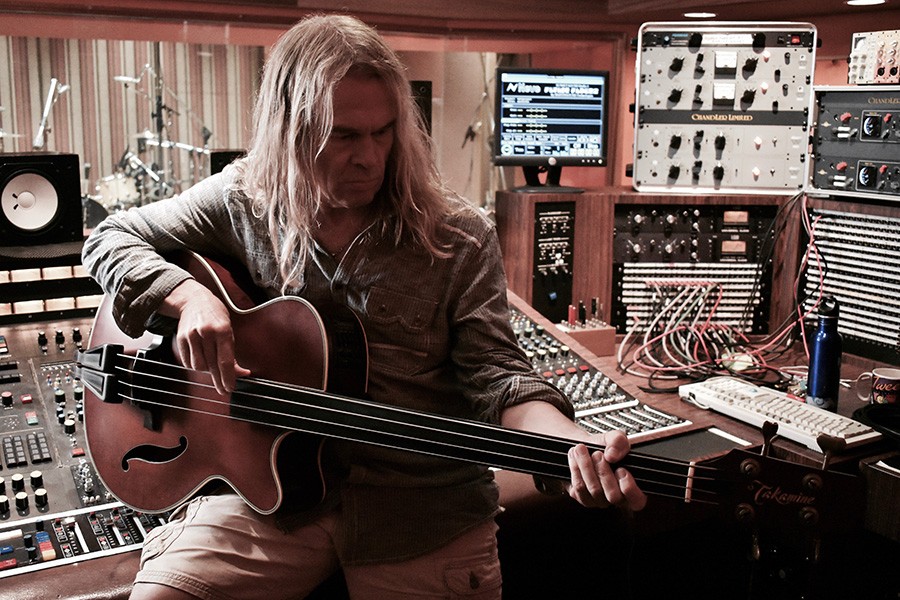 Few living bass players are more closely associated with the fretless than the great Tony Franklin. Known for lending his talents to the likes of Jimmy Page, David Gilmour, Paul Rodgers, Kate Bush, and Kenny Wayne Shepherd as well as countless TV and movie tracks, Tony has more than earned the affectionate nickname “Fretless Monster”.

It was just a matter of time before Tony and the Takamine TB10 fretless acoustic bass crossed paths. In fact, it was the TB10’s reputation as the 34” fretless acoustic with the radius fingerboard and fundamental-heavy, harmonics-rich growl of an upright that prompted Tony’s request for a test drive.

After spending several weeks of quality playtime with TB10, Tony reached out to Takamine and offered to join our celebrated artist roster by way of his following assessment of the uniquely hybrid fretless instrument.

“I truly love this instrument. It is the only acoustic bass guitar I've played that has a large enough body size to project the sound when played acoustically, yet is still manageable and playable. Plugged in it sounds rich, deep, with beautiful upright tones. The fingerboard radius also allows it to be played with a bow. And the ability to add the peg and play it like an upright is a stroke of genius.”

It’s always a beautiful thing when the right instrument and player find each other... no more so than in the case of Tony Franklin and the TB10.