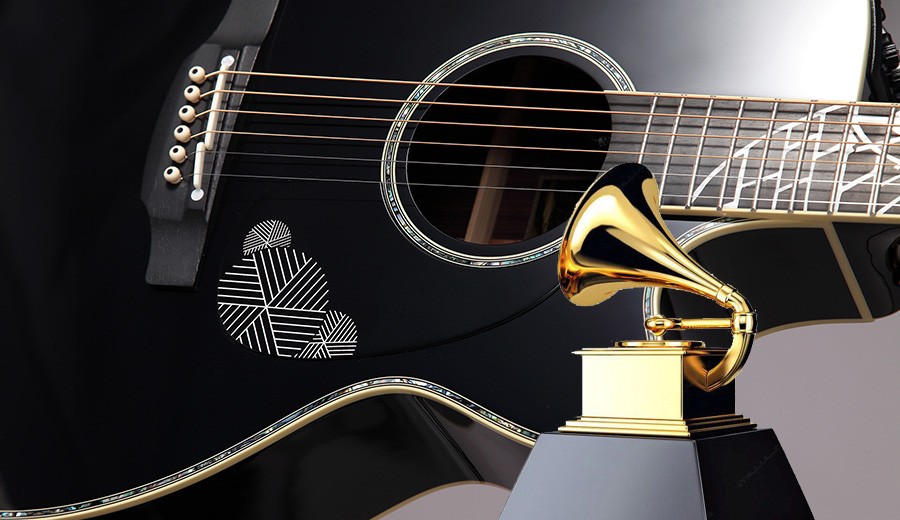 It's once again time for the National Academy of Recording Arts & Sciences (NARAS) to announce the nominated artists for the GRAMMY® awards, and there are a number of Takamine players who are among the top-honored artists of the year.

One of the most successful artists in 2017 was singer-songwriter, multi-instrumentalist, and Takamine player Bruno Mars, whose album 24K Magic cleaned up with nominations in the "Record Of The Year", "Album Of The Year", "Song Of the Year" (for "That's What I Like"), "Best R&B Album", and "Best Engineered Album, Non-Classical" categories. Bruno is often seen with a number of Takamine models including his EF341SC, a classic dreadnought from Takamine's Legacy Series.

In the "Best Country Album" category, it's no surprise to see Takamine Signature Series artist Kenny Chesney, who received the honor for his album Cosmic Hallelujah. Kenny plays his Takamine KC70 signature guitar. Last but definitely not least, the lovely Takamine artist India.Arie (who has received 21 previous nominations) is up this year in the "Best New Age Album" category for her album SongVersation: Medicine.

This year's GRAMMY awards will be shown on Sunday January 28 on CBS.