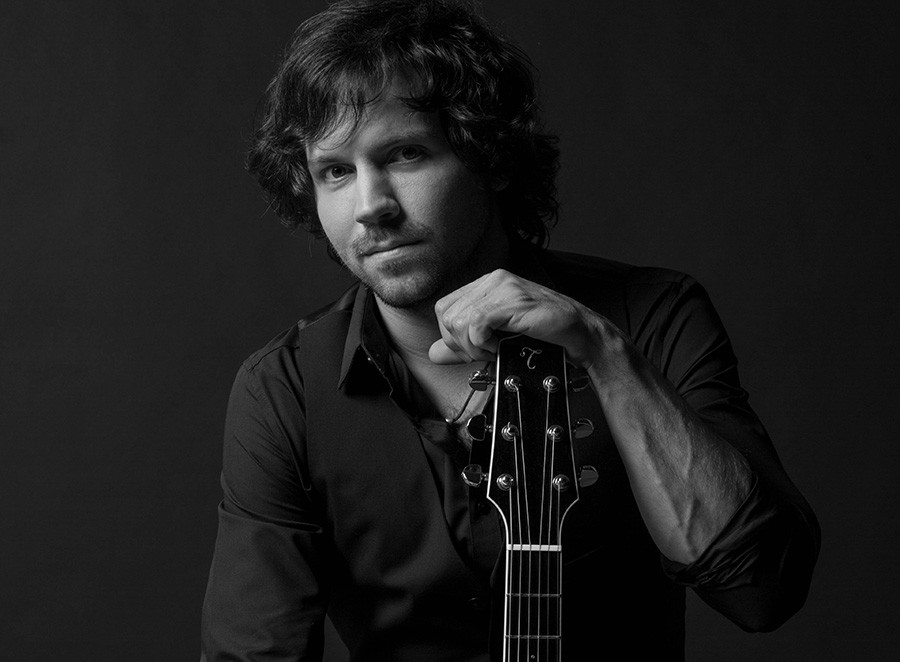 It was the week before Thanksgiving when we caught up with Takamine player Jake Allen. It’s an appropriate time of year to talk to this talented player, since he’s one of the most gracious and thankful artists we know. Jake’s been on tour with another Michigan-based band filled with Takamine players — the Accidentals — and his next solo album is coming out in early 2018.

Jake, do you remember the first time you became aware of Takamine?
I do, actually. My father is a multi-instrumentalist, and he had an EF341 that he was using on his solo gigs. I played it, and instantly fell in love with the guitar... how it sounded through the PA system. It had a rich, beautiful, full sound.

One day, he was playing a gig outside on a windy day. The guitar was on a stand, and it fell over, and the headstock broke off.

Oh no! Was it salvageable?
Yea, I actually had the headstock glued and screwed onto the guitar, and it was perfectly fine. My dad gave me that one. It became my primary guitar. From then on I fell in love with Takamine.

I know you play several different Takamine guitars. Which one would you consider your main axe right now?
My primary Tak is the TNV460SC. I’ve also been really getting into the new Thermal Top, this new CP7MO TT.

You have a playing style that employs tapping and percussion on the guitar body in addition to more traditional performance tricks. What specifically makes Takamine the right guitar for you?
It’s absolutely the Palathethic pickup. I don’t know if the inventor realized this while developing it, but that pickup covers the percussion aspects of the guitar very evenly and very eloquently without having to do any modifications to the guitar. They are ready to go for percussive tapping. On top that, the Palathetic just sounds so full. That pickup system and the consistency in quality of the guitars is why I chose Takamine.

What got you into tapping in the first place?
It was around 2006. My dad had just gone to Summer NAMM. He came back and told me about this player he saw in the cafeteria at the convention, Andy McKee. There was no stage, he was literally just playing in the corner of the cafeteria, playing to virtually nobody. Apparently my dad’s jaw dropped watching this guy. This was before Andy got big on YouTube, so not a lot of folks really knew who he was yet.

So my dad showed me a video of Andy’s song “Drifting”. I was floored that someone could get those sounds out of an acoustic guitar. And it wasn’t even the schtick of the tapping or the two handed acrobatics. It was the robust melodies he got out of using these techniques. I was more impressed by how it sounded and worked as a song than how it looked.

Andy was a huge inspiration to me. Since then we have become friends. I also got into other acoustic trail blazers like the late Michael Hedges. He's truly the godfather of innovation on acoustic guitar. Once I was aware of these great players, I incorporated some of their techniques into my playing. Then I started to develop my own innovations.

All the while I stayed true to the alternative and progressive rock types of sounds that originally made up my music. The fingerstyle guitar element was added to my already developing sound. I think it's an interesting mesh and it feels like a pretty refined thing now. 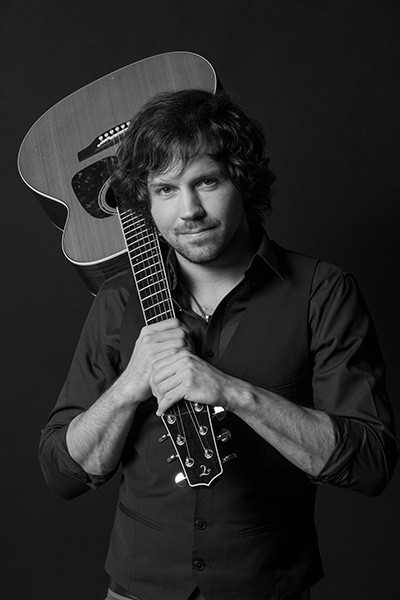 Is there anything you can tell us about the mechanics of playing guitar with tapping and percussion?
Honestly, it just comes from experimenting and messing around with the guitar. I just try to look at the guitar, and making sounds with it, from a different place. I try and feel the guitar physically in a way that caters to finding new techniques.

There’s no rulebook for it. There are tricks you pick up from other players, and techniques you discover on your own. But really, my style in acoustic guitar was developed from spending time tinkering around and having fun with the guitar.

As if your guitar playing didn’t make you enough of a talent, you also have a great singing voice. What came first for you, singing or guitar playing?
I was playing electric guitar in a punk band called The Latrines when I was about 13.

Awesome.
I originally started on keyboards and drums, then moved to bass, and then to guitar. Nobody in my teenage bands wanted to sing, so I said, “I’m gonna try this.” I did it out of necessity at first. Then I realized how much people related to singing over playing.

Many musicians feel the same. You put all this work into the instrumental performance, and then 90% of people only seem to pay attention to the vocal.
It’s funny how that translates to people so much easier.

I struggle with that in the studio sometimes because I'm really instrumentally driven. I think being my own producer can be kind of dangerous unless I stay super self-aware. So while I was recording this new album, I was really trying to change my paradigm about vocals, trying to approach them with more importance than I had in the past.

What’s your process for songwriting?
For me, it depends on the project. For this new record in particular, it’s been very production driven. I’ve been getting into interesting sounds and interesting mixing techniques, as well as finding interesting places to record in. My environment has been affecting the way that I write. I've realized how certain riffs and tempos sound good in a bigger room, others in a small space. I've been inspired by the space I'm in a lot lately.

What if the space doesn’t come into the equation?
In the past, there have been times that I’m on the road with an acoustic guitar, and that’s all I have. If that’s the situation I’m in, that’s the template for writing, and the songs reflect that.

So yeah, it usually starts with what tools I have, what’s inspiring the project, and what I am trying to convey. But also, sometimes I’ll sit down at a certain instrument, and something will just happen spontaneously. Ultimately, I don't really have one certain set way.

You’ve done a ton of live playing, including full tours and work as a sideman with other bands. What can you tell us about the reliability of your Takamine guitars?
All of my Takamines have been amazing on the road. I beat the hell out of my guitars every night on tour so it takes a lot of durability to make it through. You know that EF341 that was my dad’s guitar, with the headstock that snapped?

Yeah?
I’m still playing it to this day. It’s still holding up well. All of my Taks continuously sound good, and give me very few problems. I feel like I never have to be worried about these instruments breaking down on the road. Knock on spruce.

You’ve spent a good amount of time recently out on the road with the Accidentals. Tell us how that gig came about.
Last December the band was wrapping up their new album and they had a bunch of guest musicians on the record. I've always been friends with The Accidentals and I just happened to be free at the time so they invited me into their camp as a kind of an auxiliary guy to cover all the guest player guitar and keyboard parts.

Was it a good fit stylistically for them?
Well, they had Kaki King play on the record.

Whoa! Okay, now it all makes sense.
Yea, the people on their last album are all amazing. In addition to Kaki, there was Keller Williams, as well as Jenny Conlee from the Decemberists and a couple more players.

For me, it’s been the best of both worlds, because I’ve been opening for them doing my solo acoustic set, and then I get to be part of the band.

That band is a super well oiled machine. They really know what they’re doing and it's inspiring to be around. I usually find myself leading a lot of projects but it has been fun to mesh with these guys and try to serve their vision. Not to mention they've become like a second family.

You’re an acclaimed musician, but do you make efforts to continue to grow as a guitar player?
That’s actually something that I’m trying to give more of my time to right now. The last few years have been more about growing in the studio, and establishing myself as a touring musician. Just getting out there, networking, and doing the legwork to be a professional.

As a result, in terms of time where I can focus on the guitar, it’s not as much as I’d like it to be lately. In the coming months, however, I should have some time to explore new ideas, grow on the guitar, and get back to the source.

Jake Allen’s upcoming new solo album will be available in early 2018. Keep up with him at his web site.

Great guitarist! Very good read, thanks for the post!

Jake is one of my fav guitarists! Thanks so much for sharing!