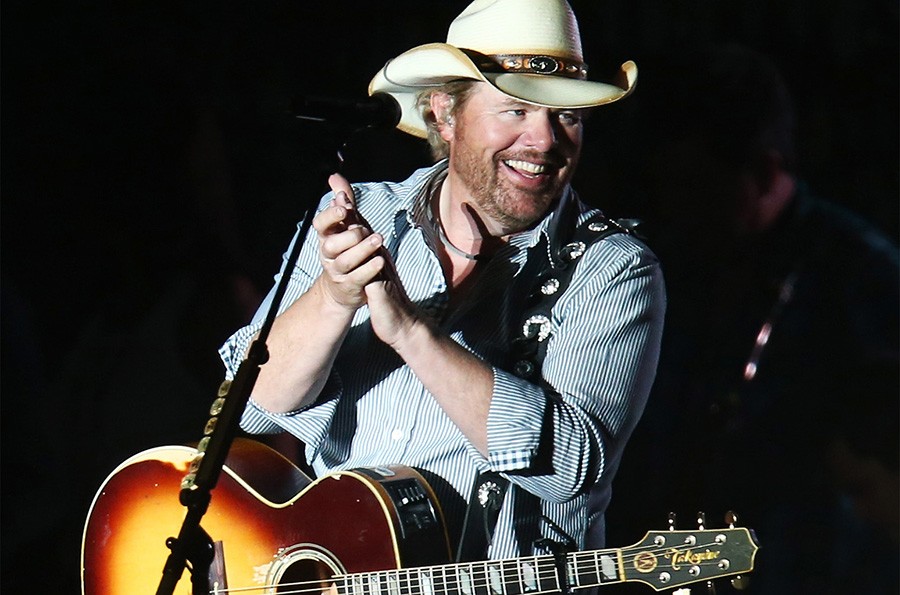 Toby Keith has had a huge 2017. The Hall of Fame songwriter, arena-filling entertainer and career-long Takamine player has added an unexpected facet during a momentous year… funnyman.

Unexpected to everyone except dedicated fans who were already well-versed in Keith's penchant for tucking a just-for-fun cut into his albums, these humorous and often self-deprecating tracks were collected in The Bus Songs, which spent 11 consecutive weeks atop Billboard's Comedy Albums chart, by far a record for a country artist.

Interest in the project was fueled by the viral video smash for "Wacky Tobaccy" (featuring Toby’s signature model EF250TK and his uncannily accurate portrayal of a blazingly stoned human) now well beyond five million views. More recently, Toby added a video for "Shitty Golfer", which is racing to catch its predecessor's tally. Meanwhile, The Bus Songs was recently named to Amazon's "Top Albums of 2017."

For an entertainer who considers songwriting his true calling, receiving the “Academy of Country Music's Poet's Award” was the year's top honor. Recognized on the CBS-TV telecast along with Willie Nelson and Shel Silverstein, Toby was celebrated for one of the greatest bodies of work in any genre -- a legacy that saw him inducted into the Songwriters Hall of Fame in 2015.

A rare blend of creativity and business acumen, Keith’s face is as familiar on the cover of Forbes as any music Industry magazine. Motivation? Keith continually finds it in the work of the Toby Keith Foundation supporting OK Kids Korral, which provides a cost-free home-away-from-home for the sickest children receiving treatment in his native Oklahoma. This year's 14th Annual Toby Keith & Friends Golf Classic raised a record-shattering $1.6 million, the most for a single event in the foundation's history.

Takamine Guitars is extremely proud of our 25-year association with the great artist and all-round good guy, Toby Keith.