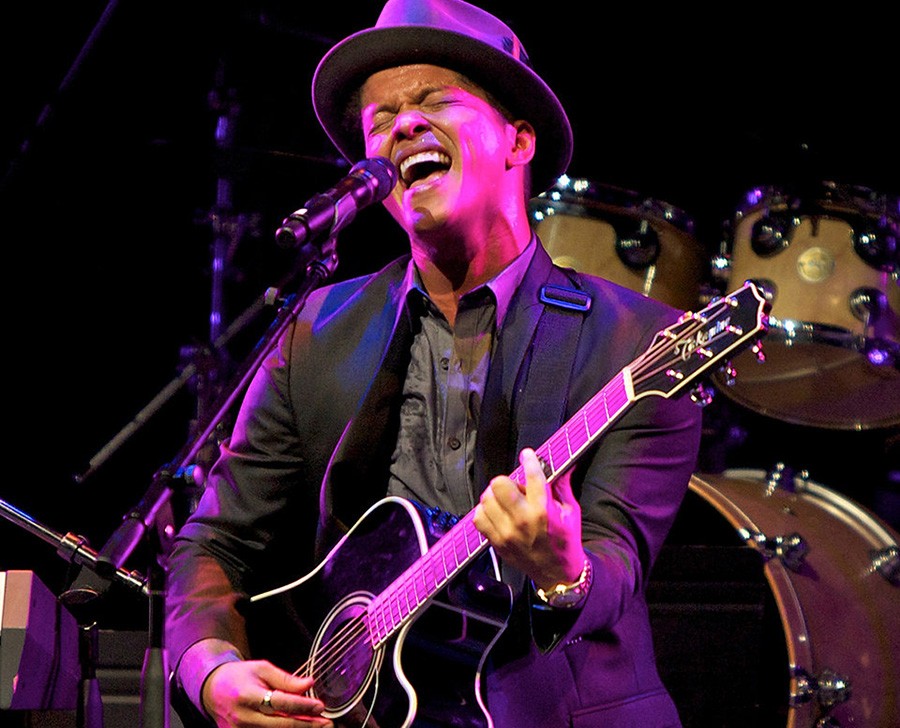 Our congratulations go out to Takamine player Bruno Mars, who dominated the 2018 Grammy Awards with six wins. His album 24K Magic won Album of the Year, Record of the Year, and Best R&B Album, and the album's huge hit "That's What I Like" won Grammy honors for Song of the Year, Best R&B Song, and Best R&B Performance.

Bruno is a singer-songwriter, multi-instrumentalist, record producer, and choreographer who grew up in Hawaii, and whose terrific R&B-fused pop music has been massively successful since he emerged in the mid-2000s. His acoustic guitar of choice is the Takamine EF341SC, a guitar that's handcrafted in our Pro Series facility in Japan, and is part of our Legacy Series of instruments that represent some of the all-time classic Takamine designs that remain among our most popular instruments. The EF341SC is the acoustic-electric of choice by a diverse range of artists that includes Bruce Springsteen and Jon Bon Jovi, among many others.

Mr. Mars can add his six shiny new awards to his multitude of other Grammys he's received as an artist and producer.