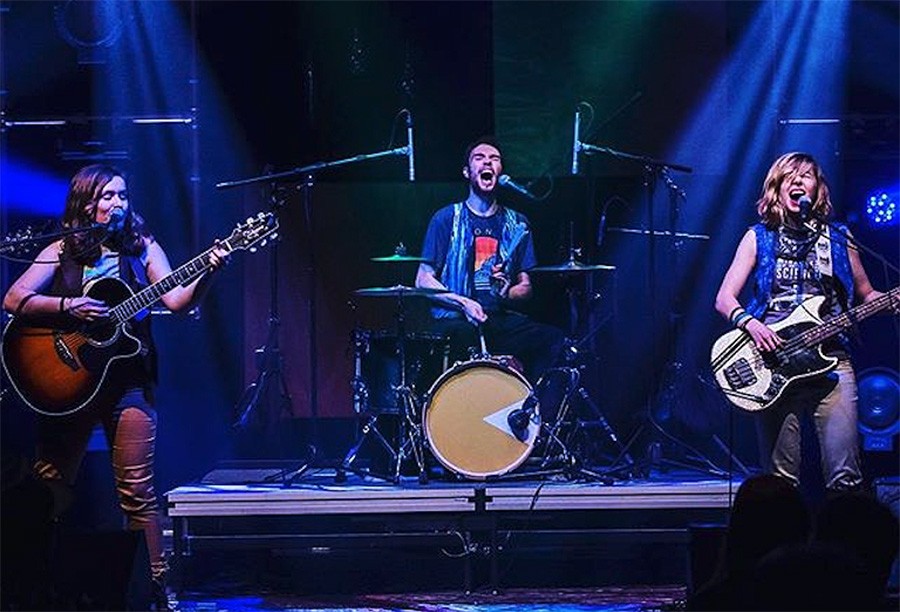 Fresh from 19 performances at Folk Alliance International, The Accidentals have made their their way to that little old gig in Texas... SXSW. It will be the band's fourth and busiest SXSW experience yet. They kick the week off live on WMOT Radio, followed by the Kerrville Folk Festival Stage, Whole Foods rooftop, Austin City Limits and Sony’s “Lost in Music” stage. Then they set their alarm for a "Live From SXSW" performance on KGSR Radio’s morning show.

Since the band has had more than their share of band van breakdowns, The Accidentals are enjoying a new vehicle provided by Ram. The new van may get the band to the show safely and in style, but Takamine will be taking it from there. Sav and Katie’s P5DC-WB and P6NC Pro Series guitars have been their go-to acoustics for the last two years, and before that, it was Sav’s dad’s well-played EF360SC that served as her number-one acoustic.

As if their March hasn’t been mad enough, just as SXSW winds up, Sav, Katie and Michael will fly to San Francisco for their final meeting with the US State Department’s Arts Staff to discuss The Accidentals representing the US abroad. We can't think of better cultural ambassadors than these excellent people and fine musicians!