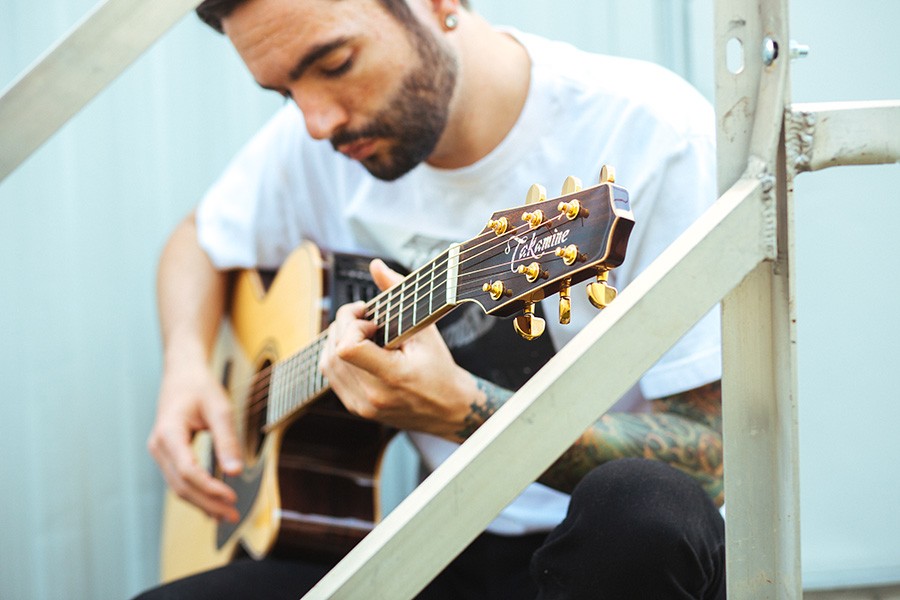 Jeremy McKinnon is best known as the lead singer of hugely popular Florida-based metalcore/pop punk band A Day to Remember, but in addition to handling the vocals, he is a major contributor to the band’s songwriting, and also has held a producer’s role for his own band and others including The Devil Wears Prada, The Ghost Inside, Wage War and more. We caught up with Jeremy as he was in Los Angeles doing some songwriting collaboration.

Do you remember when you first became aware of Takamine?
Yeah, it was the first guitar I ever owned.

What? We didn’t know that.
100%. That’s really where my story stems from. I had this guy down the street. He went to my church. My family was a part of that whole community. His name was Charlie Bass, and he was a great guitar player. He really cared about people. He was a musical lifer that never joined a band. He just loved to play guitar.

He was the guy that would go shopping for old amps and old guitars, that kind of thing. When I showed interest in playing guitar, my parents went to him. He suggested I start on an acoustic. He showed me some scales and chords, and taught me how to play them. The guitar he suggested that my parents get for me was a Takamine acoustic, and that became my first guitar.

It ended up being the guitar that I wrote a lot of our records on.

That’s amazing. What Takamine model are you playing now?
The one I have right now, my newest one, is the CP5D-OAD.

That is an incredibly nice guitar, which is a limited-edition model from our Pro Series facility. What drew you to that specific guitar?
First, I love the sound. I love the tone. It’s just like a comfort thing for me since I grew up playing them. I like a big, full sound out of my acoustic. For this specific one, I went to the ESP warehouse [note: ESP Guitars distributes Takamine in the USA] and tried out a bunch of them. It was incredible. I strummed an open E chord and knew right away that this was exactly what I was looking for.

On one of the songs I’m playing on, we’re tuned down to D standard. I’d had some difficulties with other guitars I’d used in touring that didn’t have good string tension in that tuning. With this scale length, the strings sound great, even in lower tuning. 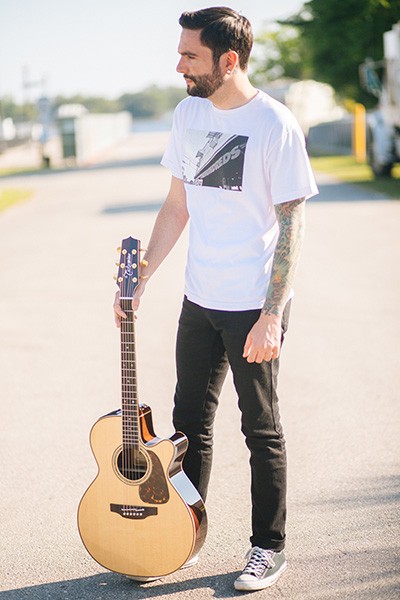 Let’s talk about using your Takamine in live shows. Acoustic guitar is pretty important on some of your band’s songs.
Yeah, including our biggest song of all time, which is “If It Means a Lot to You”. When we play it live, it starts out with me on the acoustic, and then Kevin does the leads, and it builds to a full band finale. I’ve been touring with Takamine guitars for at least three years.

You’ve tried other guitar brands as well.
Yeah. I had this mixed bag of guitars for the longest time. It hit me one day, it’s all about a meaning. Playing a guitar that had a deeper meaning to me personally. I’ve had some super nice guitars, but I found I was asking myself, “Why am I playing this guitar?” I don’t want to be just another person playing a super expensive instrument. I want a guitar that has meaning to me.

What is that meaning, as far as Takamine is concerned?
It take me back to being a kid. Back to my parents supporting me, and starting this whole journey. All those songs I wrote, and still do. It all comes to mind when I see that logo. It’s bigger than just the instrument itself.

You are also a producer. Does your Takamine come into play in that role as well?
100%. It is where every song I write starts.

The best way I can describe it… I was watching that Tom Petty documentary awhile ago. Have you seen that yet?

No, but I heard it’s great.
It’s really long, but it’s incredible. He’s from Gainesville. I grew up on him. He’s my favorite songwriter. In this interview, what he said was, “I don’t feel like I write my songs. It’s more like I remember them.”

Nice. That’s a great way to put it.
I’ve never heard anyone describe how it happens to me better than that. I’m not a technical guitar player. I’m more of a singer-songwriter guy. I’m always trying to get the right chord progression put together, trying to write something that means something to me.

That always starts on acoustic guitar. I have them everywhere! Next to my bed, in my office. Everywhere. I’ve woken up in the middle of the night and grabbed a guitar. Once I can hear the song, I feel I know the song. It’s the only way my memory works for writing. I figure out the chord progression, and once I figure out the chords, I remember the song forever.

Any other good tips for capturing your ideas?
Record ideas as voice memos on your phone! That’s another good thing about today’s technology. That helps as well.

Getting into songwriting and avoiding cliches while creating your own sound is a difficult process for just about every aspiring writer. Any advice for them?
I have two answers.

Number two is about something I’m doing right now. It’s the first time I’ve done this after being in this band for 15 years. I’m here in LA right now, doing writing sessions with different people.

You’d never done that before?
No. This is the first time, and I am really enjoying the process of getting outside of my comfort zone. I’m collaborating with people who are truly amazing, and it’s inspiring. As a songwriter, it’s one of the best things I’ve done in my life.

Does that give you a new creative perspective?
Definitely yes. You go into this room and you don’t know what’s going to happen. I’ve had success as a songwriter, and I was still scared to do it. These people who I’m working with see hundreds of writers a year. You start to think, “What if you sit down and nothing comes to you?” And actually, that’s what happened my first day.

But the second day, we created a whole song. On the third day, three songs happened. I couldn’t be happier about the way it’s coming together. So my advice would be to try collaborating with other writers. Don’t be afraid to put yourself in uncomfortable situations. 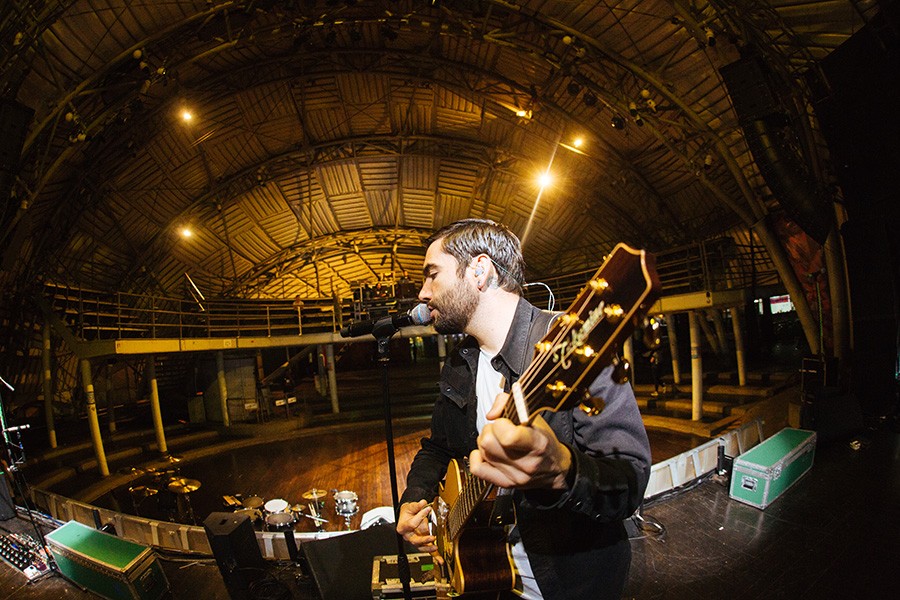 Keep up with Jeremy and A Day to Remember at their official web site.

A video would have been nice. Don't you think?  Musical instruments are all about the sound, not the words. You only get so much from the words. This didn't tell me much about the instrument or the artist. What were you thinking?