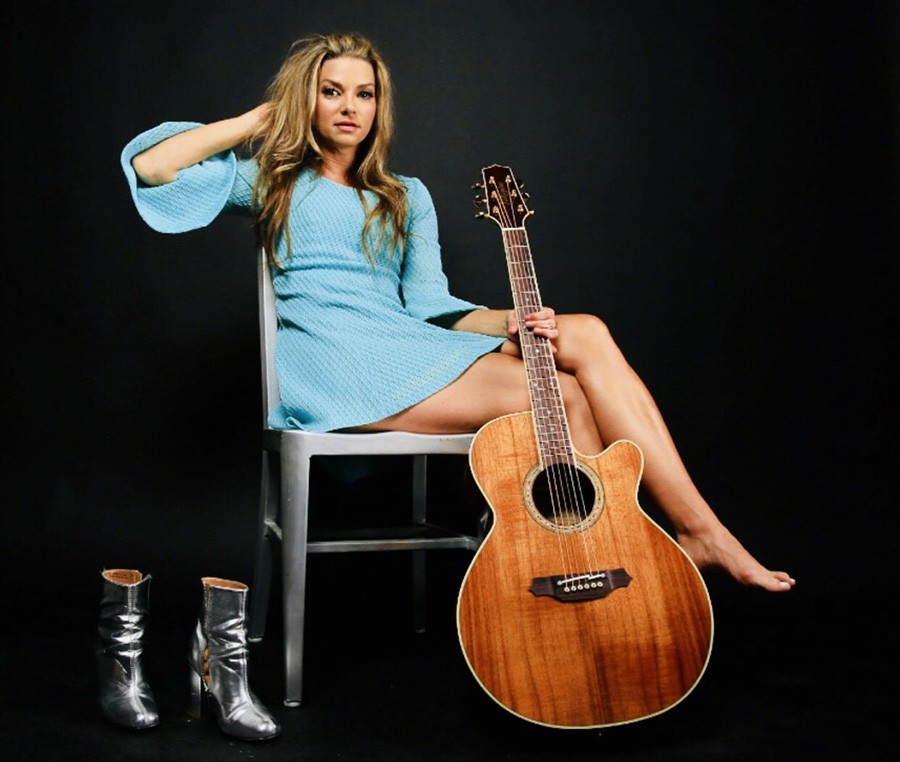 It's already been a busy spring and summer for Nashville-based pop country/Americana artist Kelly McGrath. At the end of May, she began a tour of Europe including Ireland, Germany, and the UK that's still ongoing as of the writing of this article. While the talented singer-songwriter undoubtedly is thrilling audiences at every show, it's a good guess that one of the tour highlights was a concert on July 8, when she was a supporting act for rock legends Steve Winwood, Santana, and Eric Clapton at the British Summertime Festival at Hyde Park in London. The tour will culminate with a show on July 23 in Edinburgh, Scotland.

Up until recently, Kelly’s #1 touring Takamine has been a circa-2012 EAN45C, which served her exceptionally well. However, upon the arrival of her new EF508KC (from Takamine’s Legacy Series), her trusty mainstay may understandably get a bit of a rest.

Kelly's debut album Fingerprints was released in 2007, and was followed by the EP Waiting for Mine in 2009. Both albums gained Kelly successful song placements in TV and film, along with radio airplay that's built a solid fan base. Since then, she's released successful albums (including Heartstrings and her latest, Kites), as well as receiving accolades including nominations for two Nashville Industry Music (NIMA) awards in 2017, including Best Country Female Artist and Best Video.

We're proud to have Kelly as part of the Takamine artist family. Keep up with her musical activities at her web site.