A Big Win for a Kenny Chesney Fan

A Big Win for a Kenny Chesney Fan 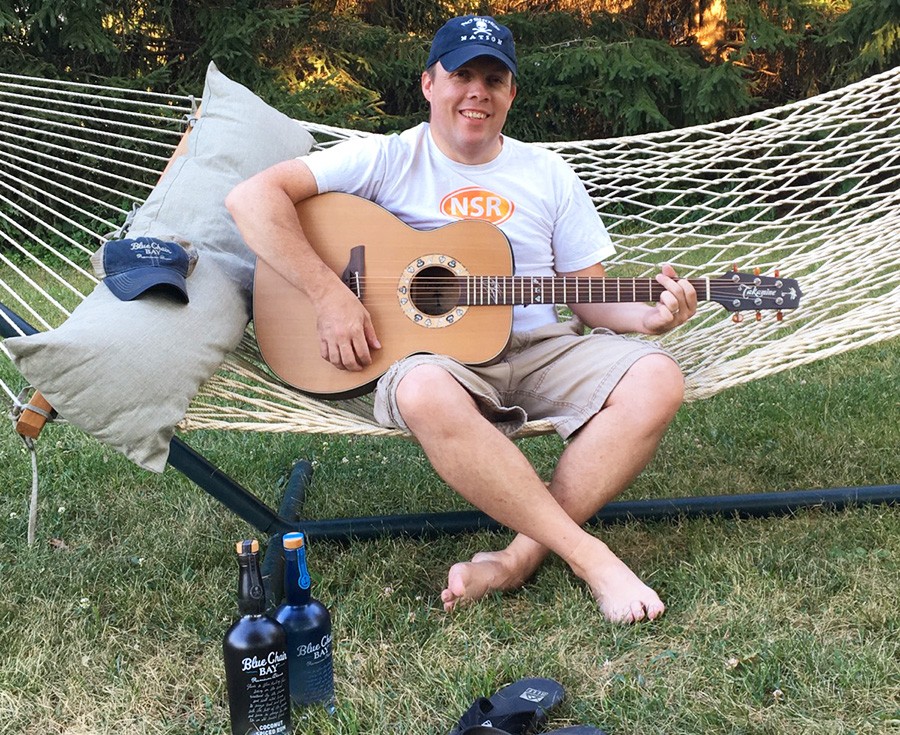 Everyone enjoys the rare occasions when they enter some kind of contest or giveaway and they end up winning. But during a recent sweepstakes promotion that we offered at Takamine over the spring, something happened that made us all feel like winners.

We had planned a giveaway around the TSF40C, a guitar that paid homage to Takamine's legendary "Santa Fe" series. It's a great guitar and one that's highly coveted among Takamine fans, so as expected, we had thousands of entries. The winner, whose name was randomly selected, was a guy named Randy Hendricks of Johnstown, OH, and he had a terrific story to share with us after we let him know he'd won.

I am a long time Takamine fan. In the late 80s / early 90s my dad helped me purchase my first Takamine, an EF 360C. I had it for many years. He unfortunately lost a battle with Alzheimer's / Dementia in 2004. The Takamine was one of my most cherished memories and possessions with him. On February 24 2010 we had a house fire and I ended up losing my guitar. It was thrown out to clear the house and then someone actually stole what was left of many of our belongings including the guitar. We luckily had insurance but not enough. I wasn't able to replace it. Since then, since I'm a huge Kenny Chesney fan, I have been saving for a KC70. As you know life happens and we had some other bad circumstances so my savings keeps getting depleted."

When we read Randy's reply letter at the Takamine USA offices, that last sentence stood out to us. The KC70, which is the Kenny Chesney Signature Series guitar, is indeed more expensive than the TSF40C that we'd planned to give away. But Randy seemed like such a well-deserving guy that we all agreed he'd merited the extra special reward. Instead of the prize we'd originally offered, we went ahead and shipped him the KC70 that he'd always wanted. You can imagine his reaction upon receiving it. We asked Randy to send over a photo (seen above), and here's what he had to say.

"This is full-on Kenny Chesney fandom here. NSR is Kenny's No Shoes Radio station on XM. Bottles are Kenny's Blue Chair Bay Rum. Hat is Kenny's fans No Shoes Nation and finally my new pride and joy, the Takamine KC70. I love this guitar! It's amazing. I still cannot believe that I won, much less that Takamine sent the KC70."

Randy, on behalf of everyone at Takamine, you're more than welcome. For everyone else, we have plenty of other reasons to be a part of the Takamine community (like more cool giveaways and other prizes coming soon), so if you're not already registered, join today!

I know its been going on 2 years but I  wanted to say a huge thank you again to Tom, ESP and Takamine.  Every time I pull it out to play I still cant believe it

Thank you all again

Just wanted to say another HUGE THANK YOU to Takamine and ESP!

Congratulations Randy, well deserved! ...and major props to Takamine for their compassion and generosity!! I've had my KC70 many years and it has been my road warrior as a full-time musician. I've owned several MIJ Taks and the KC is bar far my fav. Btw I love KC too, a huge fan and I cover many of his songs...his collaberation with Takamine is a perfect fit; such a well-designed instrument. God bless ya Randy and I wish you many years of making music and thank you Takamine for being more than just a guitar builder, you are a people builder upper! :) one love! ...eric https://www.facebook.com/EricAlabiso.onelovejam/

Thank you so much. Very much appreciated.  I honestly still can not believe it

I just want to say a HUGE THANK YOU!!! This is really unbelievable . Thank you to everyone at Takamine and ESP

Plenty of reason to be part of the Takamine community, this is one of those bonuses.  Well deserved upgrade  for a great guy.  Congrats again Randy.

Thank you so much, very much appreciated !