Us the Duo Shows America Their Talent... and Takamines 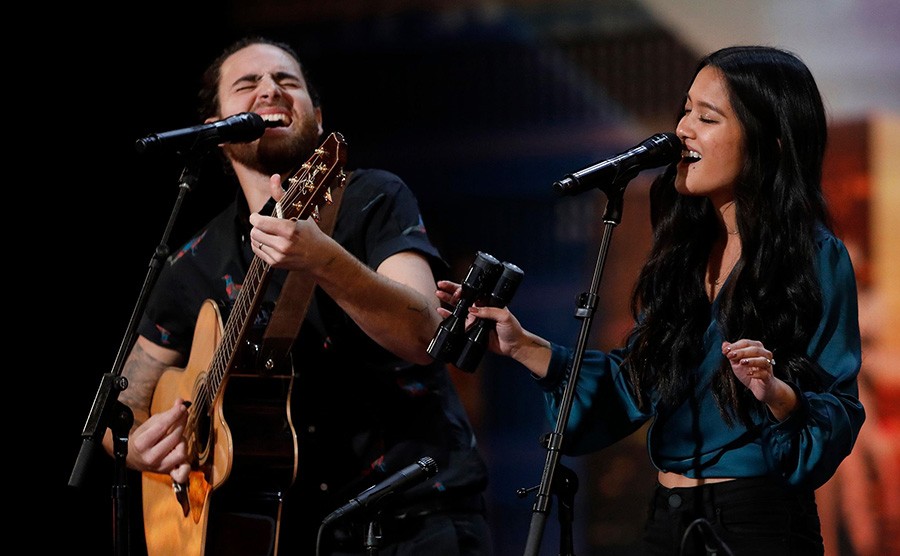 Back in the spring of 2012, Michael Alvarado and Carissa Martin were planning their wedding. The aspiring singer-songwriters had chosen to not sing at their own wedding, but just two weeks before the ceremony, they penned a song that changed all that. They realized that No Matter Where You Are was, in essence, their wedding vows to each other. With Michael playing his vintage G Series Takamine, Carissa covering percussion and video cameras rolling, the newlyweds performed the cool, upbeat tune for family and friends at their Claremont, CA wedding.

A video of the performance went viral, encouraging Michael and Carissa to follow through with their musical dreams. They wrote more great songs, named themselves Us the Duo, acquired a new Takamine Pro Series P7JC and made a presence on a social media site featuring short performances of contemporary hits. Millions of views and subscribers later, along with a series of well-received college gigs, Us the Duo ended up on the NBC television show America's Got Talent, earning themselves a shot at the $1 million grand prize.

Michael's P7JC is one of the finest instruments crafted by the artisans at Takamine. Built by hand at our famous Japan-based R&D and manufacturing facility, the P7JC is a jumbo cutaway guitar with a resonant solid spruce top with scalloped "X" top bracing and solid rosewood back and sides for great clarity and forceful projection, a convenient Venetian cutaway for easy access to the upper reaches of the fingerboard, and elegant maple body binding with dark wood purfling and abalone rosette. It features Takamine's proprietary CTP-3 Cool Tube™ preamp system paired with the unique Palathetic™ under-saddle pickup for peerless amplified response. 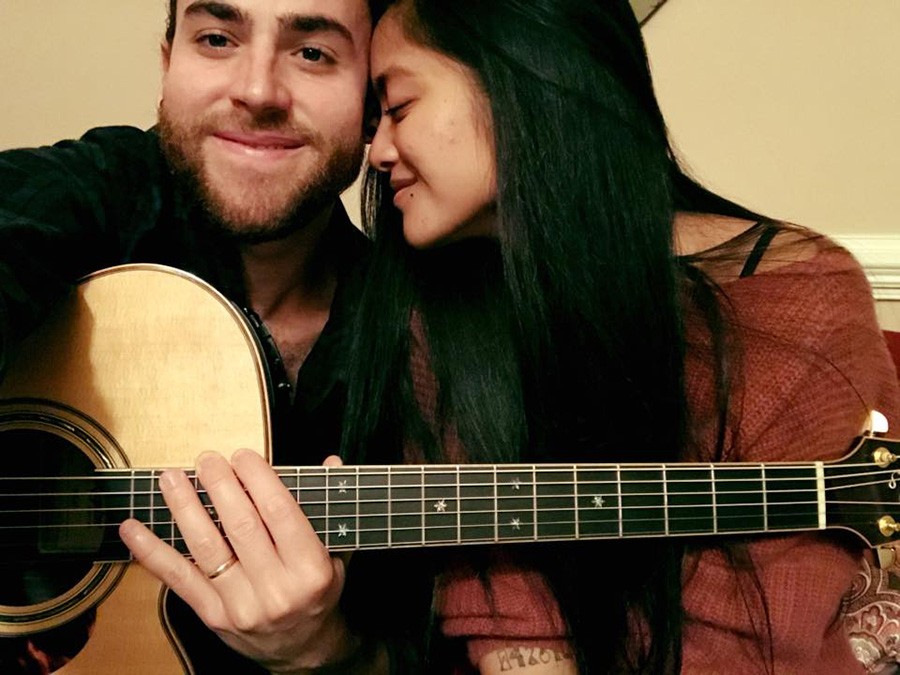 The timing could not have been better for some well-deserved recognition. A few months earlier, Michael and Carissa had decided, in spite of the inherent uncertainties and instabilities of the music business, they would bet on love and start a family. Last week, during AGT's live quarterfinals in front of 10 million viewers, Michael and a very pregnant Carissa performed their new song Like I Did with You inspired by, and dedicated to, their soon-to-be-arriving daughter. The crowd and judges loved it and Us the Duo moved a step closer to the big payday. Regardless of the show's outcome, given their talent and authenticity, their already massive fan base, and the millions of prime-time fans they’ve just earned, it’s a sure bet life will only get sweeter for Michael and Carissa Alvarado once Us the Duo becomes Us the Trio.

Keep up with Us the Duo at their web site.