Striking Matches Gets Fired Up for 2019

Striking Matches Gets Fired Up for 2019 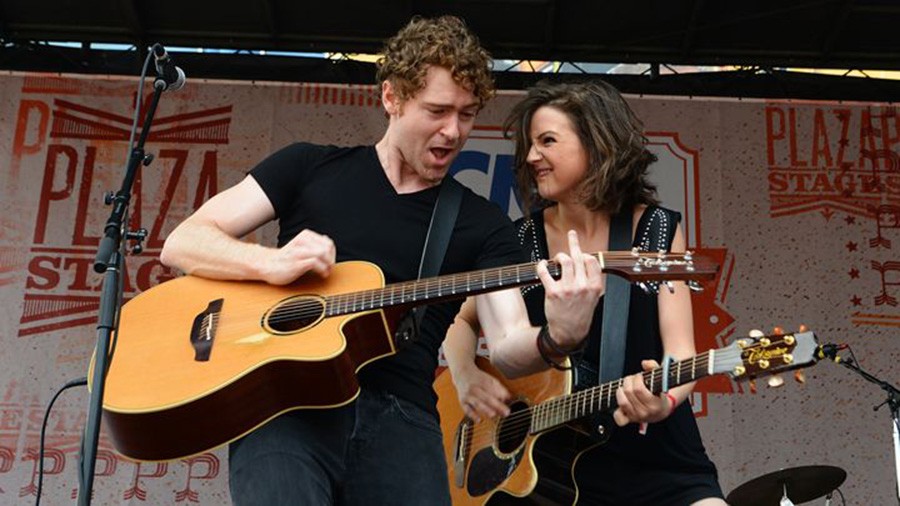 We're only a few months into 2019, but the Takamine playing, Nashville-based singer-songwriter duo Striking Matches have already been making the most of the year. Ever since their 2015 debut album Nothing but the Silence (10 million cumulative streams worldwide), Sarah Zimmermann and Justin Davis have been writing, recording, or touring pretty much nonstop. Earlier this month, Striking Matches headed down to that performance showcase Mecca of SXSW, doing four shows over three days of the festival event.

But the biggest news is the release of their latest single “Don’t Hold Back” from an as-yet-untitled album due later this year. While Striking Matches are obviously incorporating arrangements beyond their acoustic guitars and expanding the sonic spectrum of their music, "Don't Hold Back" has all the familiar aspects of a great pop tune with riffs and hooks that could have been written on a Takamine, as so many others have been. This track sounds like it's just waiting to become a monster hit.

"Don't Hold Back" has a relentless groove and serious funk, rock, R&B, and soul inclinations, but don’t think that just because Sarah and Justin are leaning into overdrive on this track means that their acoustics are not close by. For a healthy dose of riff-ripping acoustic Matches, check out this recent rundown of Patsy Cline’s "Turn the Cards Slowly", featuring Justin’s favorite P3MC from the Takamine Pro Series and Sarah’s now-vintage TAN45C, another sweet cedar-topped beauty.

For more music and tour info and everything else about Striking Matches, visit their web site.