Shortly after it was decided that the 2019 NFL Draft would take place in Nashville, Tennessee (or perhaps just prior), someone drew the arrow-straight connection between that young college football player dreaming of going pro, and the small-town, guitar-toting kid who plays the bars, but sees themselves on the Grand Ole Opry stage.

Cody Webb, one of country music’s hottest new singer-songwriters, has been chosen to be featured in an introductory video for this year’s NFL Draft that is rumored to be of that very theme. While we don’t know the details, we have been leaked a couple of candid production shots that show Cody and his Takamine P6N BSB on stage in a Nashville bar (Tootsies no less) and sitting with that same guitar amid the hallowed pews of what any Country Music fan would immediately recognize as the Ryman Auditorium. 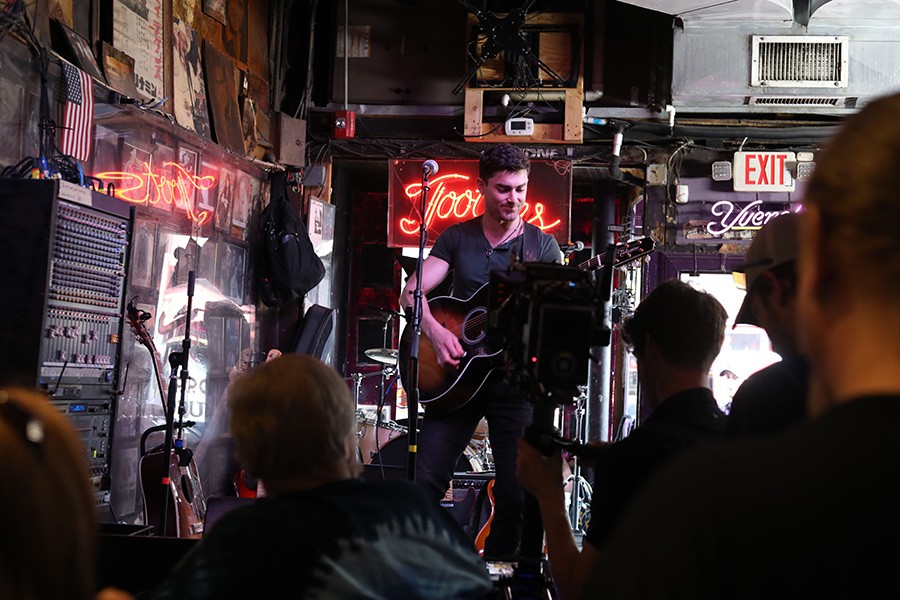 Does dreamer Cody and his Tak make it to the Opry Stage? Tune in to the NFL Draft broadcast Thursday through Saturday, April 25-27 on ABC, NFL Network, ESPN, ESPN2 and ESPN Deportes to find out. Our money is on the South Carolinian.

Meanwhile, check out the video for Cody Webb’s new single "Gettin' Somewhere" below. But most importantly, join us in congratulating the lucky man on the biggest news of all, the birth of he and wife Hayley’s new daughter Josie Layne on April 14. Cody reports the baby is happy, healthy… and life is good.