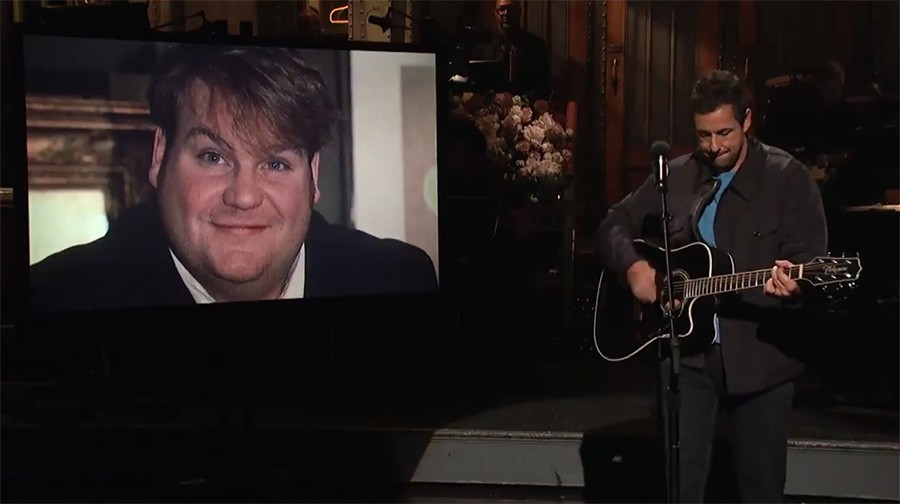 Comedian and filmmaker Adam Sandler returned to the stage that launched his career, NBC's Studio 8H, to host Saturday Night Live after parting ways with the show nearly 25 years ago, and while you probably didn’t expect to be moved to tears during the mostly hilarious episode… you may well have been.

The 52-year-old Sandler closed out his first time ever as host by singing an equally funny and moving ode to his late friend Chris Farley. Adam and Chris both joined SNL at the same time in 1990, Farley as a cast member and Sandler as a writer, with both being part of the cast a year later. Both were later fired from the show at the same time in 1995.

Adam performed the song on a Takamine EF341SC, and the tune chronicled his entire friendship with Chris from the moment they met at 30 Rockefeller Plaza until attending the comedian’s heartbreaking Madison, Wisconsin funeral in the winter of 1997.

Check out Adam Sandler’s tribute to Chris Farley below.

Why is this video not available to view in Canada?