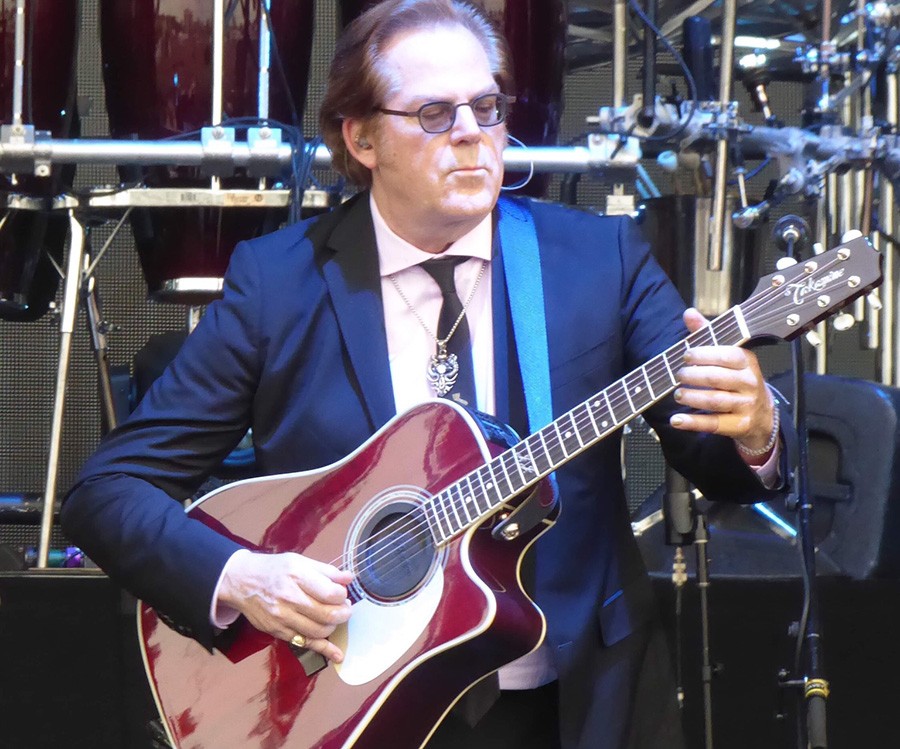 There is no good time for a full-fledged rock icon to lose their mainstay bandmate and musical director. Certainly not in the middle of a world tour, or just before the long-awaited biopic of your life is to be released. But such was the case when Sir Elton John’s guitarist of 47 years, Davey Johnstone, was recently sidelined with a shoulder injury requiring surgery and significant recovery time. How do you fill the shoes of the performer (and creator) of the slashing electric solos and lush acoustic layers that helped define so many Elton John classics? 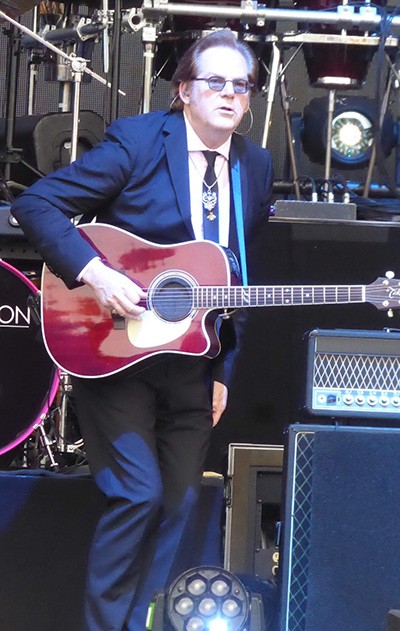 As any J.J. fan can tell you, not only is the Grammy-winning, fret-shredding, genre-melting multi-instrumentalist one of the best musicians on the planet, but Jorgenson was also a member of Sir Elton’s band from 1995 to 2001, and again in 2006 and 2013, making him the hands-down choice to fill in for his longtime friend, Johnstone (also a longtime Tak player).

John was thrilled to reunite with his old E.J. bandmates and help fill the void. Not only has he assumed all electric and acoustic guitar duties in Johnstone’s absence, background vocals included, but John is also playing steel guitar which he says is “really fun”. Expanding on the fun element, Jorgenson also references the surprising amount of full-band jamming on "Levon" and "Rocketman", which we know also plays into John’s wheelhouse.

Of course, Jorgenson’s signature model 6- and 12-string Takamine guitars, the JJ325SRC and JJ325SRC-12, were built for just such mainstage performances. J.J. tells us he’s thrilled with how they are sounding. He’s not alone on that count; the red dreadnaught cutaways with bubinga back and sides, solid spruce top and white pickguard have become two of Takamine’s bestselling models.

Regarding that previously mentioned biopic, the recently-released Rocketman is drawing big box office numbers and getting rave reviews, much like Elton’s Farewell Tour. Here’s to a complete and speedy recovery for the mighty Scotsman Davey Johnstone, and some fun and fulfilling summer tour dates for the amazing John Jorgenson.

Beautiful guitar. Absolutely beautiful. Here's to ya, Davey; a speedy recovery. And to J.J., thanks for filling in while Davey recovers. The best of luck on tour.