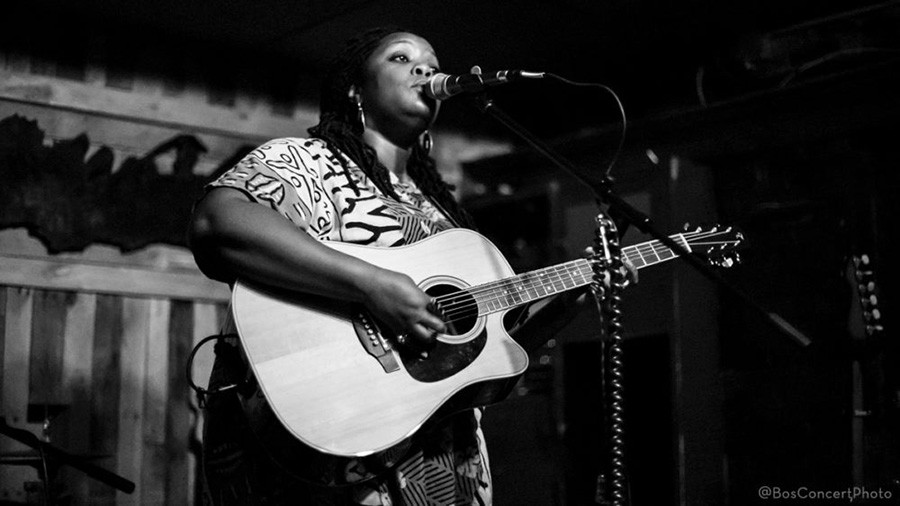 Kyshona Armstrong has an incredibly unique story as a musician. Beginning as a music therapist who worked in mental health hospitals and correctional facilities, she began writing music with her patients and using music to redirect behaviors and emotions. To help process her experiences with her clients, she began writing her own music independently of her career. Kyshona's unique bluesy and soulful style is evidence on her latest album 'The Ride', with vocal stylings that are reminiscent of Aretha Franklin, Etta James and Al Green. Kyshona has also shared the stage with Wynonna Judd, Lake Street Dive, Meiko, Margo Price, Even Stevens, JD McPherson, Anthony David, Cracker, and many more. Her music has been featured on NPR, HBO, and major prime time television shows on ABC, CBS, and NBC.

I want to learn more about your early years in development as a musician. What was your first instrument?
My very first instrument was piano. When I was in third grade, my mom put me in piano lessons and I really took to it. Then in elementary school, I joined the band and played the oboe. That later led me to percussion.

Why?
Because oboe can’t march on the drum line. I really wanted to be in the marching band. That later led to me learning steel drums, which then led to guitar.

Did you find guitar to be a challenging instrument to take on?
It was challenging at first because I was used to operating on a linear plane. On a piano or wind instrument, it’s basically fingers going up, fingers going down. With the guitar, it was a challenge at first. The major challenge being more spatial and about the angle that I had to look at my hands. Once I figured it out, it was like, “Oh, okay. It makes sense now.” It was similar to piano in the idea that both hands are off doing their own thing and I was able to see the patterns in chord structures. Even though you have the aspect of going horizontally along the fingerboard, it’s very similar to piano in its own way, though I didn’t have the black and white keys to look at.

When did you first try writing songs?
I was already writing songs on the piano when I was very young. As far as songs with lyrics, I was 23, maybe, when I composed the first song of my own. I had written with patients and inmates previously, but that was more for them than for me. 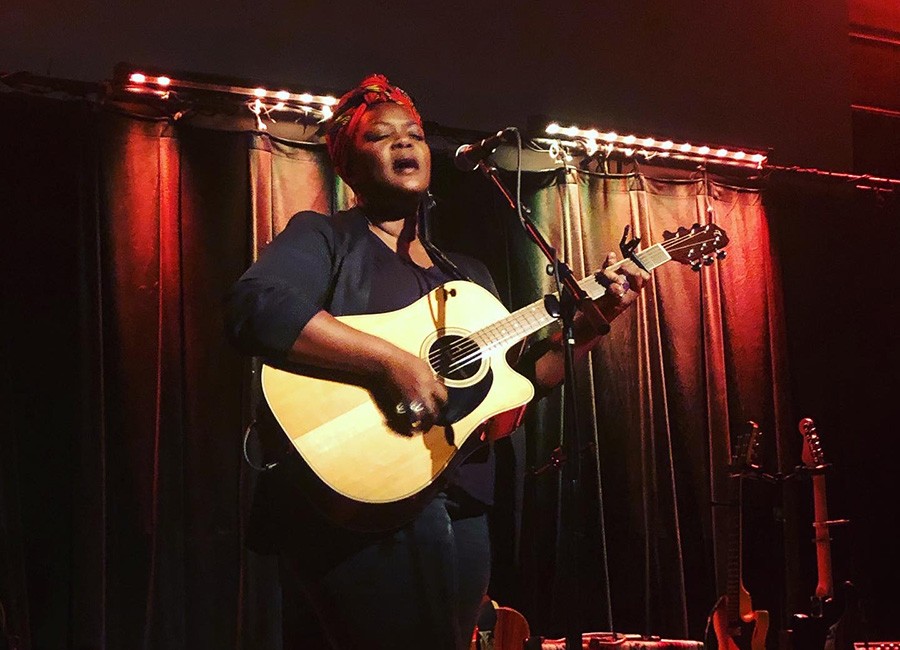 Let’s talk about that a little bit. The grand majority of musicians don’t use their musical gifts in the ways that you have, taking your music to prisons, to children with disabilities, and so on. Was that something you wanted to do from the start?
It started when I was young and I wanted to be a psychologist, but I ended up getting a music scholarship, and that’s when I learned about the music therapy profession. I wondering, “How can I use my musical skills and be of comfort to someone?” And then I heard about this field where I could blend the psychology ideology with music and improvisation.

Back then, did you ever consider taking on a more traditional role as a performing songwriter and musician?
No. I never wanted to be the person on stage and up front. I hate things like talent shows. I prefer to be in the background. With my shyness and the kind of person I am, I’d rather be a part of the crowd. But if I can show up and help them shine, let me do that.

There are people who want musicians to “stay in their lane”, only being there to entertain them and to leave their own political and philosophical views at home when they hit the stage. What do you say to them?
The musicians have always been the ones who are the voice of what’s happening in the world. If you look at the ‘60s and ‘70s, there was a soundtrack to what is happening politically. But what I’d say to those people is that just because you don’t want to hear about it doesn’t mean it’s not happening. Just because it doesn’t apply to you doesn’t mean it doesn’t matter. Music and art in general has always had that role. We can go to a museum today and get a glimpse of what was happening in the world at the time. 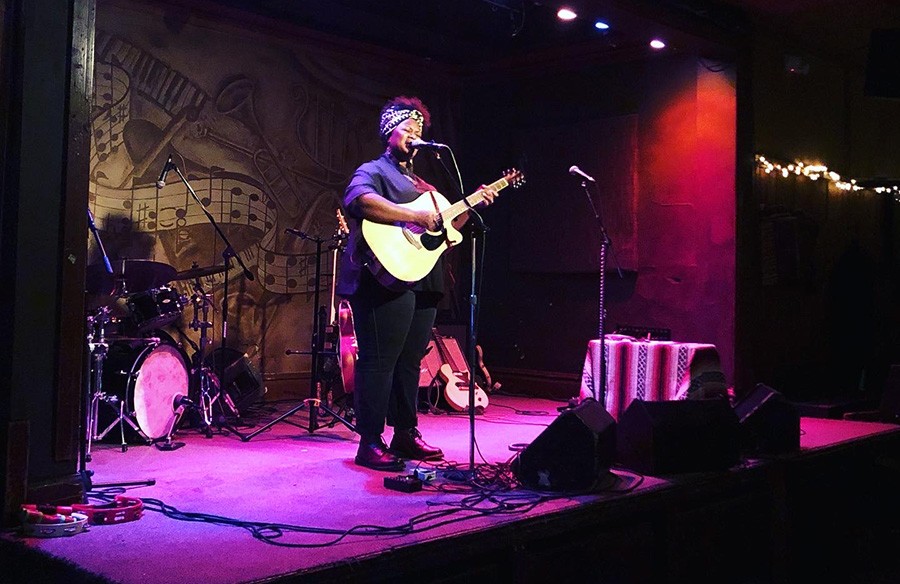 We’re coming into a presidential election year. The US population is extremely polarized in their views. Would you say it’s all the more important of a time as a musician and songwriter to raise awareness of the issues that are meaningful to you?
Absolutely. I feel like the songwriter or artist is able to enter into spaces that maybe they couldn’t if they didn’t have an instrument in hand. If you look at my audience, a big portion of it is age 50 and older retired caucasian males. I’m a window into what they see in other cultures. Even if they don’t want to hear it, or don’t know what’s happening, if I told a story and played a song, I’ve done my job. That’s what happens when you share art and music in a way that makes them talk and converse. In a music venue, there are many people that are different from each other. That’s the space to do it and start the conversation.

Tell us how you hooked up with Takamine. it’s a different kind of story than that of most of our endorsed artists.
I was in Arizona for the first time, playing in Flagstaff in an arboretum in the woods. I was overwhelmed by the beauty there. Performing music can take you to special places. I’d just wrapped up my show, and someone in the audience came up and asked about my old guitar.

That would be Jeff Moore, our vice-president.
Yes. He laid his card down and said, “I’m the VP of sales for ESP and Takamine. Give me a call.” I gave him my contact info as well. By the time I got back to Nashville, I already had an email. He said, “Your music is phenomenal, but you need a new guitar.” He connected me with Takamine’s artist relations rep in Nashville, David. My other guitar was old and finicky, and I loved it very much. It just couldn’t handle the travel any longer. 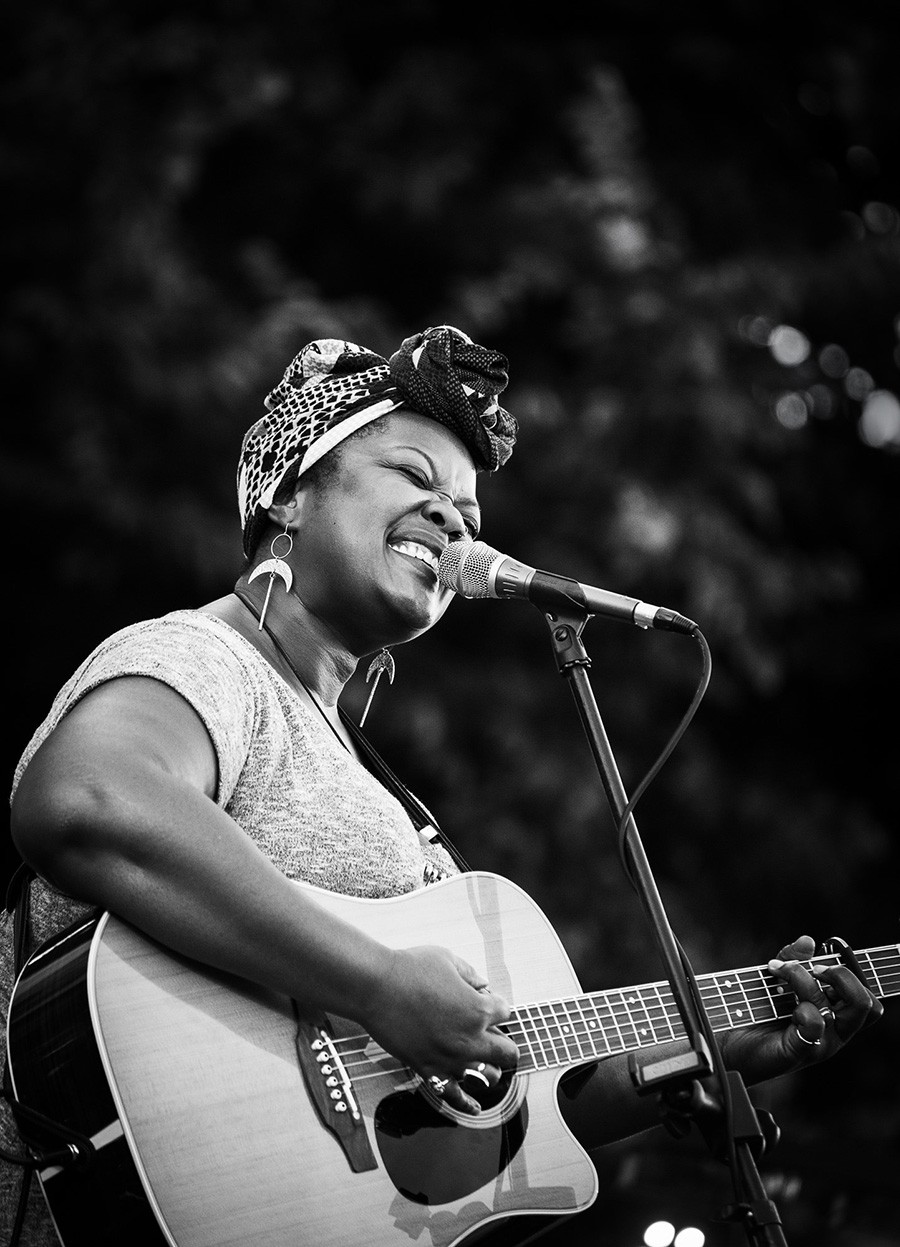 Tell us about the new Takamine EF360SC TT you ended up getting.
This guitar really sings. I’ve definitely had to adjust, though. I’ve gone from a very thick and wide neck to a thin and wide one so it took some time to get used to. I really like the cool tube preamp they put in there. It’s nice to have more control over what my guitar does, which helps to support what I’m doing in a song. I can adjust everything I need right there on the guitar. It’s all right there at your fingertips. If I don’t have to bend down to adjust a pedal then I’m doing great.

What kind of advice do you have for young and aspiring songwriters?
One thing is to find artists and music that you like, and then figure out what it is that you like about them. If I heard something that had an intriguing sound or timbre, I wanted to know why. I started to learn more about tunings and EQing my guitar in different ways. I’d hear a song and wonder why it sounded a certain way and realize that “Oh this is in open Dm tuning.” So I look into the details and see what I can find. I’ve explored things like old fingerpicking style blues. You can look outside of the genre you normally play. I’ve tried to pick up some jazz chords to add more sounds into my musical vocabulary as well. Crossing into new genres teaches me new chords, new tunings, and it opens the creative juices a little bit more.

For more information on Kyshona and her music, visit her web site at kyshona.com.

Amazing! Thank you so much for sharing, this inspires me so much.

Her words are so powerful! I always love her spirit!

This opportunity to discuss is important. Learning more about this. And play hungry shark pc!

I hope to get to a show and support this wonderful artist. Congratulations on your endorsement!❤