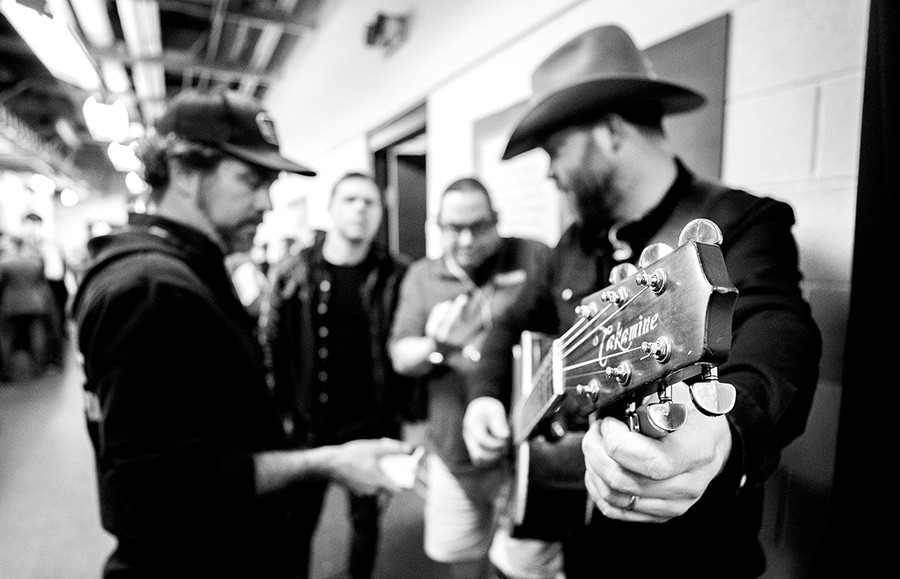 There was a fair amount of Takamine guitars to be seen and heard on the recent 53rd Annual Country Music Association Awards in Nashville. Blake Shelton played his P5DC-WB during a powerful performance of his celebrated single “God’s Country” just before it was named CMA’s Song of the Year -- then played the guitar again during his “Dive Bar” duet with Garth Brooks, with Garth playing his custom Circle-G Takamine and featuring Ty England playing the GB7C… minutes before Garth was named Entertainer of the Year for a record seventh time.

But it was Eric Church’s stark and powerful acoustic performance of his hit song “Some Of It”, accompanied by the song’s co-writer and artist in his own right, Jeff Hyde that probably featured Takamine in its truest light. Jeff Hyde owns and plays several sweet acoustics of different brands, each with its own voice and purpose. But it was his vintage 1992 Takamine EF360S (like the current EF360SC TT) that he chose for this particular performance and audience of 12 million viewers. We could ask Jeff why he chose the Takamine… or we could just show you. Check out this clip of Eric Church and Jeff Hyde’s CMA Awards performance.

Wow! Your guitar is stealing the spotlight! Congrats on being featured! Next time I hope I can also do it in one of our events in Full Service SEO  concrete contractors tuscaloosa al

I love this CMA Awards! This is exaclty the needs of our artist!  children's magician

You can consider War Robots as a Robot War Game. World War Robot gameplay will always be fresh.