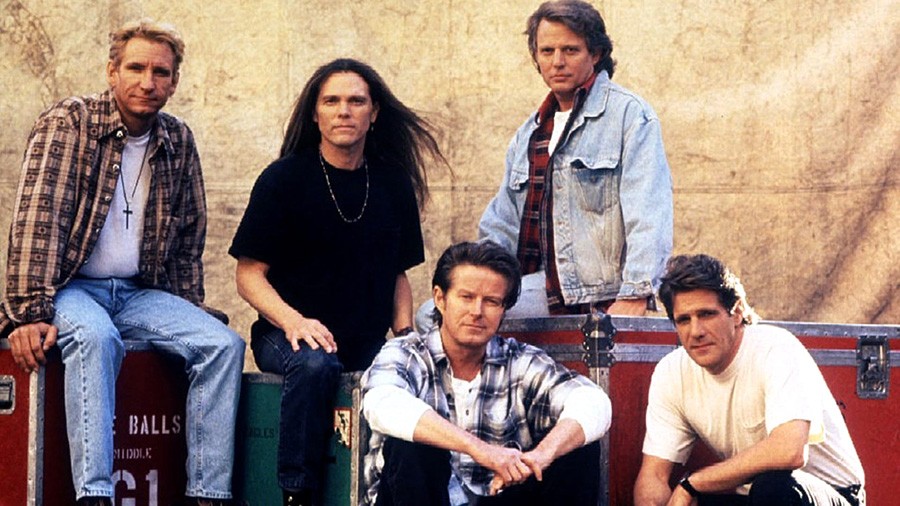 The highly-anticipated Eagles Hotel California 2020 Tour is scheduled to resume August 29th at London’s Wembley Stadium, and we’re hopeful that by then, the planet will be ready to get together and experience some of the finest classic rock and country-rock sounds that only this iconic band can create. Meanwhile, there’s another “Hotel California” anniversary we should note.

Just over a quarter century ago, the Eagles reunited after a long hiatus to record a live album they would call Hell Freezes Over. One of the standout tracks on that album is an ultra-cool acoustic version of “Hotel California”. The song, recorded live in April 1994 at Warner Bros Studios in Burbank, CA, was part of an MTV event that marked the band’s reunion. It begins fairly unrecognizably with singular strums from Glenn Frey’s EF381SC accompanied by typically tasty guitar runs by the great Don Felder. But this time around, Felder is playing an acoustic nylon string, specifically a Takamine TC132SC. The camera cuts to Joe Walsh. He has one too. Their extended intro continues until Glenn breaks into the song’s signature 12-string intro and the small studio audience erupts. It had been 14 years since the classic song first arrived, but still had that spine-tingling impact. What followed was a full seven-minute serving of pristine Eagles vocals and sweet acoustic guitars. Some might argue it doesn’t get much better.

The TC132SC nylon string classical guitar with its cedar top, rosewood back and sides and graceful cutaway has been one of Takamine's bestselling models year-after-year, earning the reputation among the pros as the industry standard for acoustic/electric classical guitar. It should come as no surprise that Glenn Frey requested two of them for rehearsals to pull off their new, eleventh hour acoustic arrangement of “Hotel California”. It worked.

Takamine, used by the best!