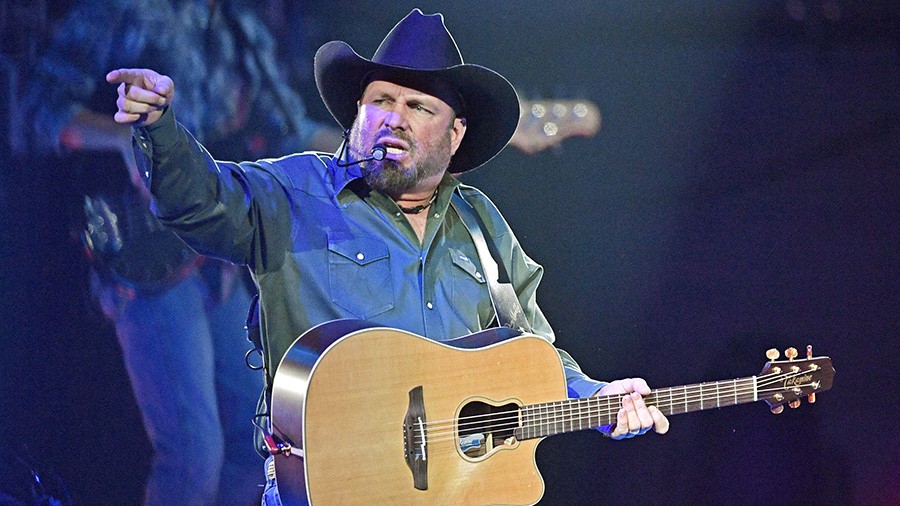 It’s been a busy few weeks for our friend Garth Brooks.

On March 4th in Washington, D.C., Garth was awarded the coveted Gershwin Prize for Popular Song from the Library of Congress, making him the youngest person to ever receive the honor. The award, according to the official definition, “celebrates the work of an artist whose career reflects lifetime achievement in promoting song as a vehicle of musical expression and cultural understanding”. As we watched Democrat and Republican congressional representatives and senators alike gleefully singing along with “Friends in Low Places”, there is little doubt that the high honor was well placed.

The two-hour show, hosted by Jay Leno, featured performances from Brooks, as well as his wife Trisha Yearwood, Keith Urban, Chris Stapleton, Ricky Skaggs, Keb’ Mo’, Lee Brice and the Howard Gospel Choir, all paying tribute with stellar performances of Brooks' tunes. At the end, Brooks took the stage alone (with his Takamine) and turned the tables by honoring those songwriters who influenced him. Saying, “Music does not exist without the songwriters,” he performed a flawless and moving medley of songs from Don McLean, Jim Croce, Merle Haggard, Bob Dylan, Otis Redding, Bill Withers, Bob Seger and a few of his own timeless hits. You can watch the entire 2 hour PBS program here. 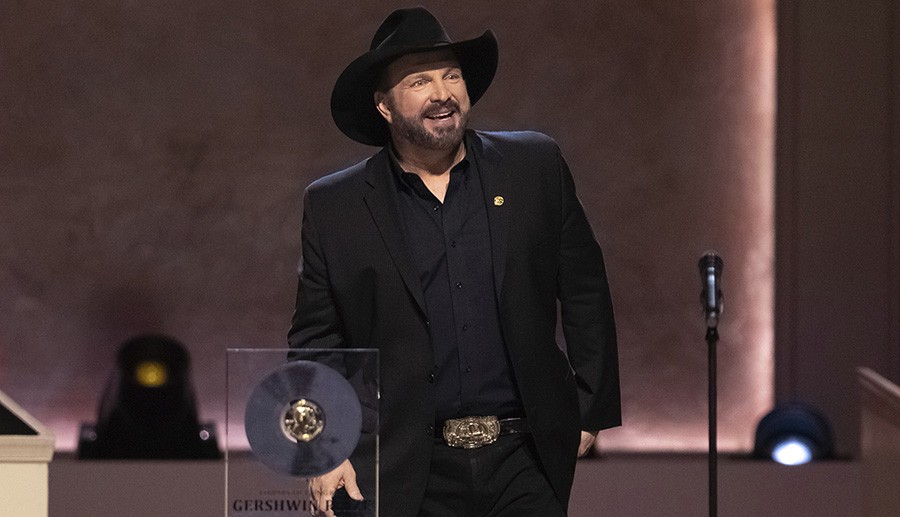 Just a few weeks later, with the country in lockdown and such a celebratory gathering impossible, the mood had grown dark and the outlook dire. Pandemic was the word and fear and isolation the order of the day. Enter Garth Brooks, Trisha Yearwood, and an acoustic guitar.

Broadcast from their home studio in Nashville, the live stream via Facebook was Garth and Trisha’s simple way of reaching out -- an extended version of the regular update Garth gives from “Studio G” with an added live request session. It proceeded smoothly until 5.2 million viewers logged in, crashing the social media platform several times. Of course, Garth and Trisha carried on. You can watch the entire uninterrupted Facebook Live broadcast here.

A week after crashing Facebook Live, Garth and Trisha Yearwood tried it once again, this time on network television. CBS aired the hour-long request program, “Garth and Trisha Live” from that same “Studio G” in Nashville, and thankfully the network was able to deliver the event without interruption. CBS also partnered with Brooks and Yearwood to donate $1 million to COVID-19 relief efforts. For both online performances, armed only with a single Takamine guitar and two beautifully unified voices, the country music power couple was able to satisfy and unify with intimate performances of their respective hits, as well as some unexpectedly cool covers. 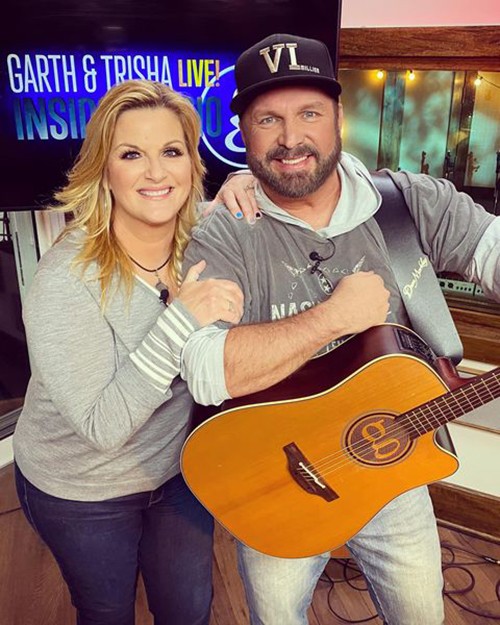 For the Facebook Live show, Garth played his trusty GB7C signature model, still his favorite and one of Takamine’s bestselling. But for the CBS Special and Gershwin Prize, Brooks pulled out his personalized “Circle G” (for lack of a formal name), a typical GB7C style rosewood back and side, cedar top, satin finished dreadnought cutaway, but with Brooks' distinctive lower case “g” logo cleverly lasered into the top –- a brilliant example of Takamine craftsmanship, currently available to the big guy only.

The common thread between these three Garth Brooks events and the thousands of GB events proceeding, is Garth’s God-given ability to uplift and unify through music. If you’ve ever been to a Garth concert, you know what we mean. In these times ,we are reminded how fortunate we are to know him, and are humbled.