Understanding Mahogany and Its Variations

Understanding Mahogany and Its Variations

For as long as we can remember, mahogany -- a hardwood that originates in Central America and made up of three species of the genus Swietenia -- has been one of the main choices for guitar making. Prized for its beautiful large pore grain, great stability, and warm midrange tone, mahogany is an essential flavor in the spice-rack of tonewoods when it comes to acoustic guitar.

In days past, this wood was readily available and inexpensive, which is why it used to often show up in manufacturer's lower-end offerings. Unfortunately, this is no longer the case with Central American mahogany. Due to an overabundance of logging by timber companies who primarily sought the wood for consumer products like furniture, along with poor environmental practices of clear cutting, forests have dwindled and prices have risen in accordance with demand. Like any situation where a resource is endangered, many guitar manufacturers including Takamine have researched and found mahogany-like substitutes, and both in terms of the look of the wood and the tonal characteristics, many of these "mahogany variations" are simply remarkable!

The most common of these is khaya, which is typically referred to as African mahogany. As a general rule, most guitar builders feel that this is such an acceptable substitute for mahogany that they can comfortably call it mahogany. Tonally, it is unbelievably similar. The visual look of khaya is nearly indistinguishable from mahogany. 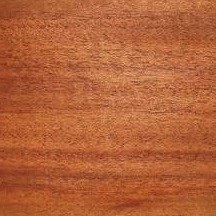 The next most common mahogany substitute is another African wood called sapele. It is related to khaya and is a great tonewood, giving the benefits of traditional mahogany warmth and midrange with a bit of additional snap in the high registers due to its denser makeup. Sapele is sometimes referred to as "striped mahogany" due to its beautiful banding of lighter tones mixed into the very mahogany-like grain. It is highly sustainable and fast growing, making it ideal for conscientious guitar builders. 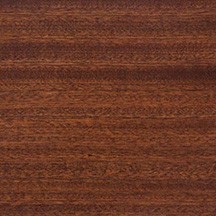 Another is a wood known as okoume (sometimes known as gabon from its main country of origin). This wood is softer, and leans toward the warmer side of the classic mahogany tone. Because it is softer, okoume often is used as a laminate, giving it additional rigidity. 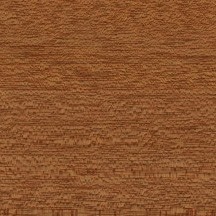 All of these woods are great tonewoods that speak with that unmistakable mahogany accent, and have that gorgeous warm mahogany look. Takamine is proud to offer genuine mahogany as well as these mahogany variations in many of our guitars, from the affordable G Series to a number of models our top-of-the-line Japan-built Pro Series, Legacy Series, Thinline Series and more.

I wish I can buy a land in South America and grow some mahogany trees, just for guitar making.

I think its great to find these substitutes!  Another endangered species is ebony. A friend told me that the late Robert Ruck had tried to buy enough rosewood to last his career building guitars, because of the ever increasing cost.