So how does a four-time Emmy-winning top-rated musical competition series known for its stellar production values (akin to the Grammys, twice a week, every week) forgo all the glitz, glamour, and fired-up live audience, and still manage maintain its appeal? Evidently, the beating heart of the popular program still comes down to one thing – The Voice.

With contestants capturing their at-home performances with production kits of cameras and audio equipment sent to them, and judges weighing in from their own remote abodes, The Voice went live for its first at-home show Tuesday and led primetime ratings with 7.15 million viewers. Weighing in from his home in Oklahoma and sporting a freshly-cultivated mullet compliments of “the most expensive hairdresser in the world,” aka sweetheart Gwen Stefani, Blake Shelton was still Blake Shelton, which seemed to go a long way toward The Voice still being The Voice.

Situated behind Blake, leaning against a wood-paneled wall was one of Blake’s home guitars, a well-played GD71CE from Takamine's G Series that he played two weeks earlier on a livestreamed acoustic performance of he and Gwen’s current #1 single "Nobody But You". 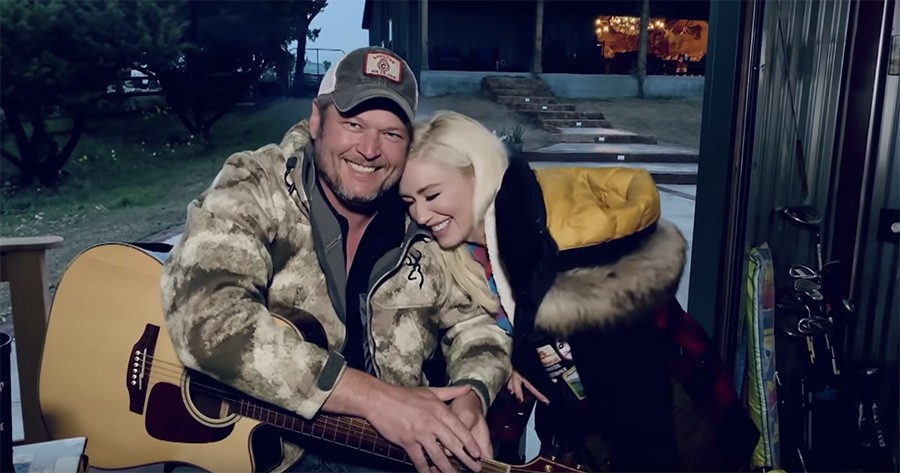 Getting back to the show, executive producer of The Voice, Audrey Morrissey, recently said in a statement; “Reinventing the live shows has allowed us to create innovative ways to bring ‘The Voice’ to life in a fresh and intimate way. We are excited to share a unique ‘Voice’ experience that will feel both new and familiar.” To her point, the setting looks new, but the Takamine looks very familiar. In the preceding days contestants were mentored by their judges concerning song selection and performance as always, only remotely. The show's judges appeared from their respective homes; Kelly Clarkson from her ranch in Montana, Blake Shelton from his home in Oklahoma, and Nick Jonas and John Legend from their homes in Los Angeles.

The Takamine GD71CE, also available in a great-looking Brown Sunburst finish, is a great representation of the affordable yet well-made G Series guitars. It offers a solid spruce top and black walnut back and sides that produce a rich, detailed sound. Its onboard Takamine TK-40D preamp system gives you a built-in tuner, three-band EQ and gain controls, mid contour switch, notch filter and EQ bypass switch for excellent versatility and sound quality in the studio or onstage.

The Voice airs on Monday and Tuesday evenings at 8/7C on NBC.

awh what a perfect couple looking so in love!