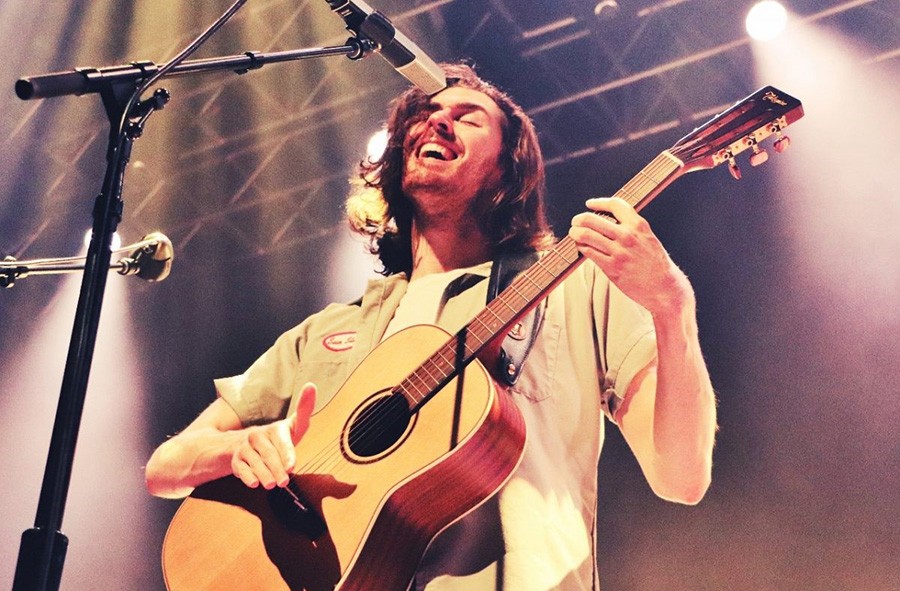 Check out this clip of Hozier performing "Work Song" from his self-titled debut album as part of the One World: Together At Home virtual benefit concert organized by Global Citizen in support of the World Health Organization. The special was intended to promote the practice of social distancing during the COVID-19 pandemic.

Also, as part of the program, Hozier teamed up with the amazing Maren Morris for a pared-down version of her megahit "The Bones". The song, co-written by Maren, has topped the Billboard Country chart for a record-breaking 12 weeks, and crossed over to pop and rock. Last October she recorded a remix featuring Hozier.

Both acoustic performances were recorded at Hozier’s home and feature his P3NY, the cedar topped, satin finished New Yorker from Takamine’s popular Pro Series 3 lineup that any true Hozier fan would recognize as his sole acoustic companion.

Global Citizen is a movement of engaged citizens who are using their collective voice to end extreme poverty by 2030. On the platform, Global Citizens learn about the systemic causes of extreme poverty, take action on those issues as part of a global community committed to lasting change. Also in conjunction with Global Citizen, Hozier produced a nine-part podcast series Cry Power, where Hozier speaks with musicians, artists and organizers about how to take action and change the world. Named after Hozier’s powerful song "Nina Cried Power" featuring Mavis Staples, where Hozier name-drops nearly a dozen activists who fought for something through music, the podcast series follows suit. The first Cry Power podcast episode features Annie Lennox as Hozier’s guest, and sets the hook. Subsequent episodes feature Bono, Marcus Mumford and Mavis Staples. And while all nine episodes are eye-opening, episode 4 with Mavis Staples is particularly riveting.

Speaking in that inimitable voice about her father “Pops”, the beginnings of her family band, and their longstanding friendship with the reverend Martin Luther King dating back pre-movement, we are reminded of the global treasure that is Mavis Staples and the ever-relevant message and legacy of Dr. King. Takamine Guitars is proud to have their work in the hands of Hozier, a true global citizen. keep up with him and his music via his web site.