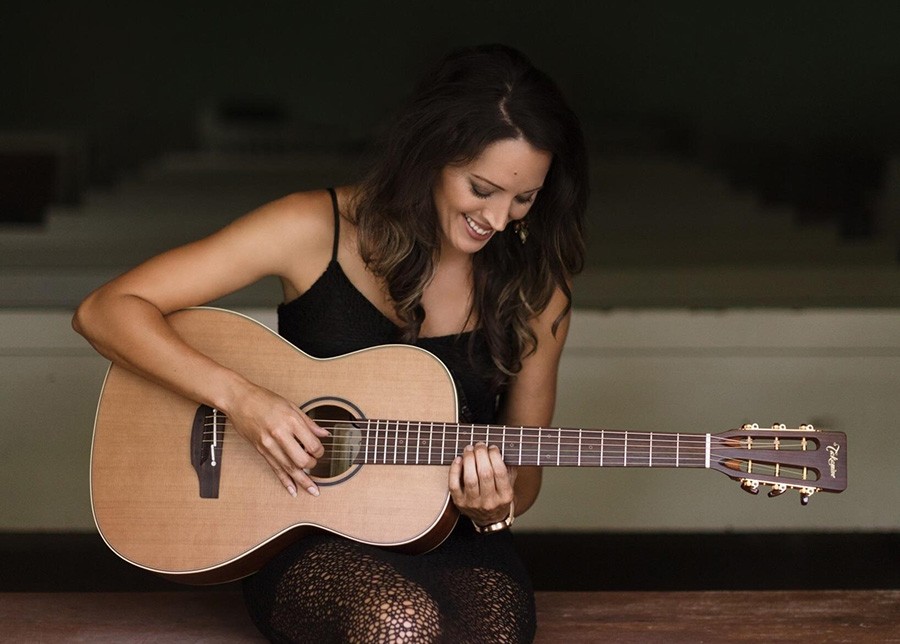 When singer-songwriter Karla Davis first captured our hearts back in 2009, she was fresh out of the University of North Carolina at Greensboro, where she played soccer on a scholarship and decided to learn to play guitar during her senior year. She did, and was soon posting performances on YouTube, quickly building a fan base that included us. Armed with a soulful singing voice born in the church, a naturally magnificent gift for songwriting, and a then-new Takamine LTD-2009, Karla entered the Colgate Country Showdown, the prestigious nationwide talent contest... and won.

Within a few weeks she was on her way to Nashville, and Takamine Guitars was proudly announcing Karla Davis as the newest member of our artist roster. Since then, Karla has made a name for herself within the industry as a first-rate singer-songwriter with a well-earned reputation for piercing hearts. Collaborating with the likes of the Grammy-winning Gordon Kennedy, who went on to produce many of her recordings, Karla made appearances on the Grand Ole Opry, Late Night with Jimmy Kimmel, and season 2 of The Voice, where she performed beautifully, gaining national exposure. Karla’s Takamine collection grew to include the Pro Series P3NY and an EAN15BC-TT, a custom Thermal Top version of the classic EAN15C from our 2007 Super Natural Series (similar to current EF360SC-TT), all of which serve different purposes and can be seen and heard in any number of her engaging YouTube performances. The P3NY is a lovely New Yorker-shaped parlor guitar, featuring a solid cedar top with hand-scalloped X bracing, and ivory binding with dark purfling... a guitar that looks and sounds as lovely as Karla's outstanding music.

We knew Karla had married, given birth to a beautiful baby girl, and was enjoying family life. But in these times of cancelled tours and closed clubs, when even Nashville’s famed Bluebird Café (where Karla was often featured) had gone dark, we wanted to make sure that Karla Davis was still in touch with the muses and intended to carry on as the essential artist she is. In this recent clip of Karla in her backyard with that custom Thermal Top, she answered that question by sharing a new original song titled "Sink". The combination of her wonderful six-string touch and a vocal style that might best be described as “effortlessly perfect”, Karla reminds us why we first fell for her way back when. Even a passing airplane couldn't spoil the mood and magic of per performance. By the end of the song, where an audience of approving humans would ordinarily applaud enthusiastically, a solitary Tennessee Cardinal chirps-in with what we’re pretty sure was a request for more.

For just two examples of the many heart-piercing Karla Davis songs, check out "God and Me" featuring her P3NY, and "Shine Your Light" written for her then unborn daughter, Charlie. Keep up with Karla and her music at her web site.