We're All "Happy Anywhere" with Blake Shelton and Gwen Stefani 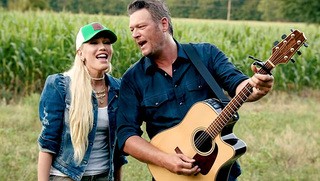 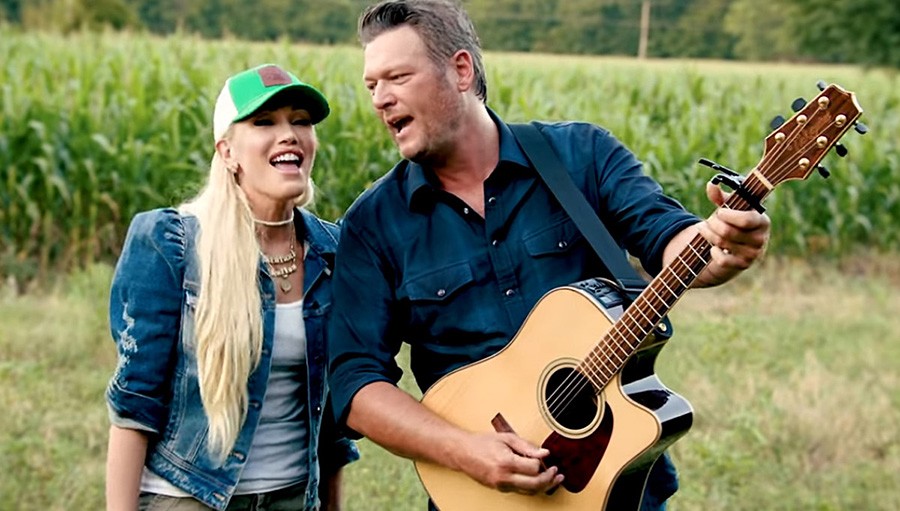 One reliable litmus test for determining whether your domestic partner is in fact a soulmate (as opposed to a cellmate) is to share the same living space, uninterrupted for several consecutive months, without days at the office, business trips, or any other pesky interruptions to your “togetherness.” In their latest collaboration song "Happy Anywhere", Blake Shelton and Gwen Stefani make the case that they very much enjoy each other’s unending company... and we believe them. The video, shot at Blake’s Oklahoma property and released last week, is convincing evidence. Some things you can’t fake.

"We've all been in quarantine and lockdown, and hopefully we've been doing that with somebody that we really love and enjoy being around,” said Blake in a press release. “That's what happened with me and Gwen this summer, and this entire year."

Coming on the heels of their previous collaboration "Nobody But You" (Shelton’s 27th number-one single), the equally upbeat "Happy Anywhere" is blazing a similar trajectory, quickly reaching #1 on iTunes' US Sales Chart. In the video, Blake plays the Takamine GD51CE NAT from our affordable, accessible G Series that he adopted as his farm guitar. But over the years, the excellent guitarist has employed several Tak models including the P6N BSB, EF341DX, EF360SC TT, and more. But the Tak model perhaps most closely associated with Shelton these days is the P5DC WB, a spruce top, rosewood back and sides dread cutaway from Takamine’s Pro Series 5. The "WB" in that guitar's name indicates the whiskey brown color that first appeared on a custom Tak for Blake... a guitar that eventually inspired the model. Blake’s strong preference for Takamine guitars dates back to 1992 when the then 16-year-old Shelton watched a new, red-hot fellow Oklahoman named Garth Brooks set the industry on fire in his first iconic primetime TV special. 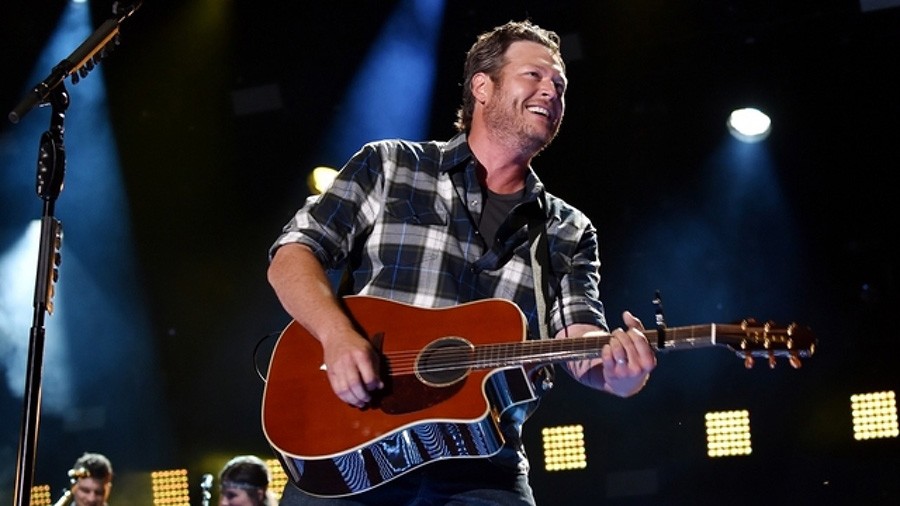 Does Blake miss touring? "Obviously, none of us like these circumstances, but I’d be lying if I said that I’m not having a blast being stuck at home for this long because I’ve just never gotten to do it before, you know," Shelton told SiriusXM’s Storme Warren. “Since I’ve owned a home, I’ve never been able to be there more than two weeks max at a time. I told my manager, I said, ‘Man, you might have a hard time getting me to go back on the road again.'”

It’s easy to understand Blake’s reasoning. As much as he loves performing for his fans (and it’s just a matter of time before he’s back) why wear out the road chasing number-ones, when after bringing home 27 of them, they are starting to show up at his and Gwen’s Oklahoma front door? Whether out on tour or stuck at home with his lovely and talented lady, Blake is a great musician with whom Takamine is proud to have a longstanding association.

What a combo these two are! I had no idea that Blake and Gwen got together until I stumbled across your website. Thanks for sharing and I look forward to reading more from you.