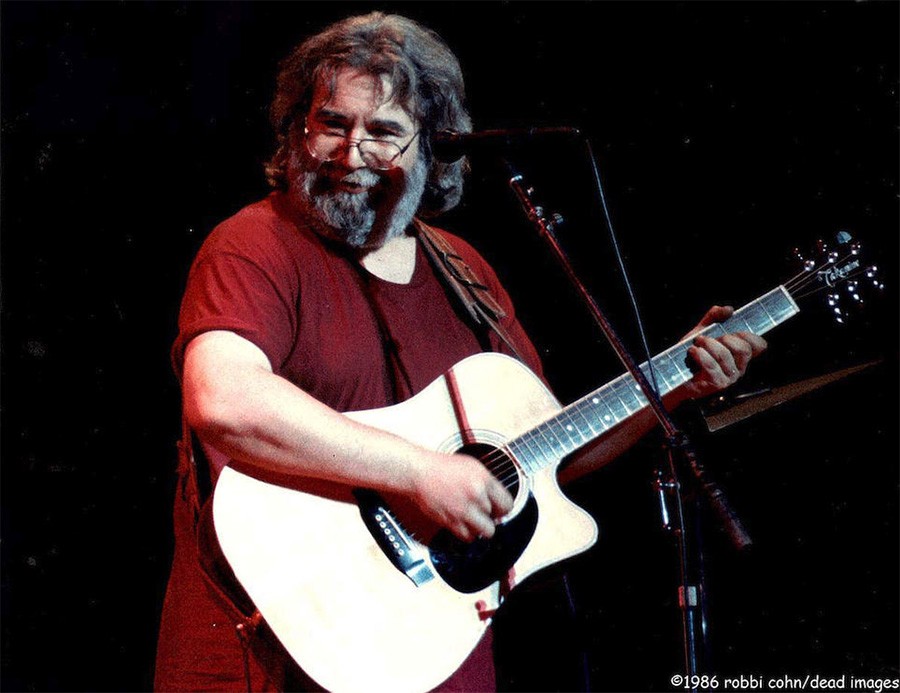 Sunday August 9th was the 25th anniversary of the death of Jerry Garcia. Whether or not you consider yourself a Deadhead, the genius of Jerry Garcia has likely enhanced the soundtrack of your life. Even if you didn't get into the iconic jam band itself, you hear Jerry on tracks like the iconic steel guitar part on CSNY’s "Teach Your Children". David Crosby asked Garcia to play on the record, not because Jerry was an accomplished steel guitarist -- he had only been playing steel for a short while. Crosby called on Garcia because Jerry was recording with the Grateful Dead in the studio next door… and because he was Jerry Garcia. Jerry sat at the steel and recorded two takes for “Teach Your Children”. The fluid, melodic perfection we hear on the record was the first take.

Jerry’s affinity for acoustic music was deep rooted. He began playing acoustic guitar in 1961, and was off and running as can be heard in one of his first acoustic bands, the Hart Valley Drifters. In fact, Jerry often spoke about how his electric guitar style was heavily influenced by his four years of playing primarily acoustic guitar.

In 1985, Jerry purchased a Takamine EF360C (similar to the current EF360SC TT from Takamine's popular Thermal Top series). According to Carolyn Adams Garcia, Jerry’s  former wife known to many as Mountain Girl, “Jerry played the Takamine extensively and it traveled with him for years, appearing with him on album covers and in photographs of shows from the mid 1980’s to early 1990. He used it for recordings as well as shows and while practicing at home." Carolyn said Jerry loved the Takamine and latched on to it as his #1 acoustic. The spruce top, rosewood back and sided dreadnought cutaway configuration remains a Takamine mainstay to this day.

When Garcia was asked about his acoustic guitar setup in a 1985 interview by Jas Obrecht for Frets Magazine, Jerry replied, “I use an off-the-shelf Takamine. I don’t know what the model is, but it’s a dreadnought cutaway with three slider controls — a high and low boost, and volume. I have it set up like an acoustic guitar, with significantly heavier strings and higher action. I just run it into the board and I get the nice qualities of tone — the pretty features of an acoustic guitar. I don’t think I would do these shows if it weren’t for the technological advances made with the amplified acoustic guitar. I’ve never had any luck at all with acoustic guitar and microphone." 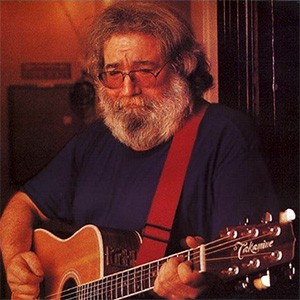 The technological advancement in the "off-the-shelf" Takamine Jerry referenced was the innovative high output, in-bridge Palathetic pickup system developed by Takamine in 1978 – the same pickup still used in every acoustic-electric guitar handcrafted in the world-class guitar factory at the foot of Mount Takamine.

Carolyn kept Jerry’s EF360C at home after Jerry’s passing, where it was occasionally played, admired and enjoyed by family and friends as a treasured friend. In 1998, Carolyn reached out to Takamine for our assessment as to the guitar’s insurable value. All we could offer was that since it belonged to Jerry Garcia and been played extensively by him, there was absolutely no telling. In March of 2012, Jerry’s Takamine EF360C (SN 84111605), along with strap and case, sold at auction for $62,500.

Guitarist Neal Casal said of Jerry, "There is no one who ever created music with the combination of intelligence, intuition, depth, creativity and humor than Jerry Garcia. His work and life will continue to be a limitless inspiration for us all." We agree.

SF had a great music scene back in the 60’ - 70’s. Besides the Dead, we had Jefferson Airplane, Santana, Stoneground with Jo Baker,(monster vocalist), Boz Scaggs, Steve Miller, Credence Clearwater Revival, Sly and the Family Stone, bluesman Elvin Bishop, and Janis Joplin with Big Brother and the Holding Co.

Despite all the illustrious company, Jerry was man... respected by all the other musicians, he simply commanded your attention. Great memories!

RIP Jerry Garcia. Thanks for sharing this post as he was a legend. I've been a fan for quite some time and his legend will live on. Arwen