As the pandemic-induced lockdown hamstrung the 2020 tour season and relegated rabid road dogs to homebound wall climbers, Code Orange, who Rolling Stone called “America’s Hungriest Metal Band”, was channeling their primal instincts into the notion of taking the pervasive living-room livestream performance format, and turning it onto its head.

Although she didn’t have or watch MTV as a kid, Reba Meyers, guitarist and founding member of the Grammy-nominated band from Pittsburgh, was taken by Alice in Chains' MTV Unplugged album and the X-ray view of the songs it provided. She and her bandmates decided to produce a similar offering but with a measured dose of enhancing digital twists both sonic and visual - or as Reba put it, “Like watching a movie with us as soundtrack.”

The result was Under the Skin, a 14-track livestream from the Theater Factory in Pittsburgh featuring acoustic-based takes from their current album Underneath as well as their three album back catalog. The band also offers a fitting tribute to the Alice in Chains influence with a riveting performance of "Down in a Hole". And while the “unplugged” arrangements of these songs breathe much more than their metal counterparts, their dark and brooding cores somehow remain. 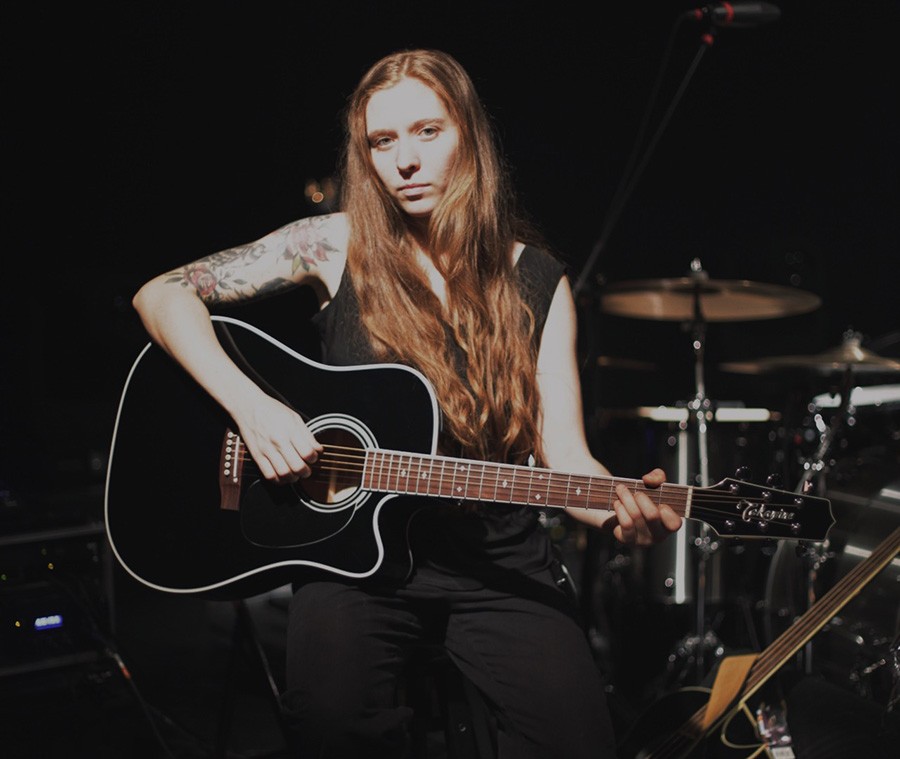 The acoustic-electric Reba Meyers chose to handle the low tuning, high-output requirements necessary to pull-off this trick was the EF341SC from Takamine’s Legacy Series, a model with a long-standing, well-earned reputation for holding its own in virtually any performance setting.

“In my experience,” Meyers tells us, “Finding the right acoustic guitar for the player is all personal. It’s a very intimate instrument and for the songwriter, often the beginning of the song. The Takamine clicks with me. It has such a balanced sound with a large dynamic range, and is built to cover whatever style I force upon it. It dominates in a small room, while also being resonate, powerful, and practical on a stage. I can visualize and achieve any character from this instrument.”

Indeed, Reba and the EF341SC seem made for each other, and we have the feeling we will be seeing them together again. Keep up with her and Code Orange at their website. Check out their version of "Down in a Hole" below.

This was so good! Thank you for having Reba come in and I'm really looking forward to more.