When President Barack Obama gave his farewell address to the nation on January 10, 2017, he walked off the stage to a recording of Bruce Springsteen’s “Land of Hope and Dreams”. It was appropriate that Springsteen himself would once again perform “Land of Hope and Dreams” to open the prime-time televised “Celebrating America” special marking the inauguration of President Joe Biden. 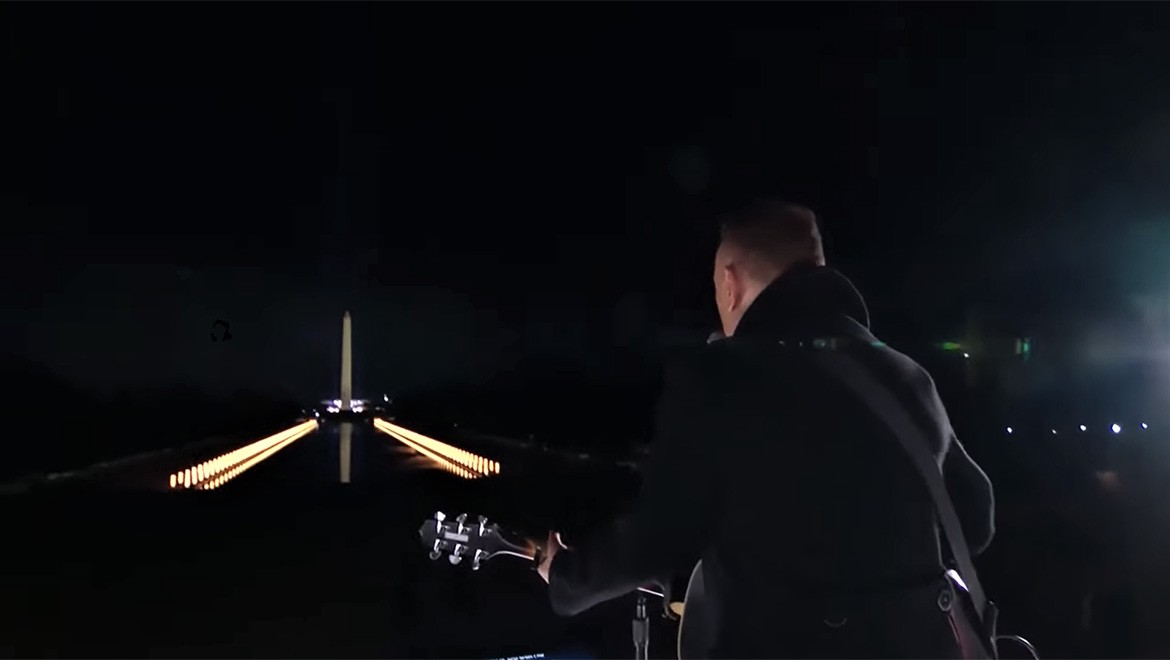 The 90-minute program, hosted by Tom Hanks, was carried on most broadcast and cable news networks, and featured musical performances by Justin Timberlake and Ant Clemons, Jon Bon Jovi, John Legend, Katy Perry, Foo Fighters, and Demi Lovato, has been described as the first of its kind as a virtual inauguration concert. But there was nothing virtual about Springsteen’s live, solo acoustic performance on the steps of the Lincoln Memorial.

Playing his well-worn, sunburst P6N, which could be fairly described as his #1 Takamine, Springsteen performed the powerful song of hope and determined optimism, effectively setting the tone for the balance of the uplifting and flawlessly-produced program which also included tributes to America’s working class heroes and addresses from President Biden and Vice President Harris.

Check out Bruce’s performance below.

But there was nothing virtual about Springsteen’s live, solo acoustic performance on the steps of the Lincoln Memorial.scrantondeckandfence.com

I am not a fan of his music or his politics but the DUI arrest was complete BS!

Ah yes, Mr Drink Drive himself. I don't think he is such a good ambassador for your product, let alone his divisive politics and hypocrisy.

We enjoyed Bruce's performance during the inaugural.