Riding along with Garth Brooks on his journey from upstart singer-songwriter to best-selling solo artist in U.S history, we’ve seen him win lots of awards. Among them, 45 ACMs, 21 AMAs, 23 Billboard Music Awards, 17 CMAs, and 13 Grammys. But there was something pretty special about The Kennedy Center Honors in Washington, D.C. recognizing Garth Brooks for his contributions to American culture.

Maybe it was James Taylor singing “The River”, Kelly Clarkson doing “The Dance”, or Gladys Knight making “We Shall Be Free” her own -- or maybe it was seeing our old friend in the honored company of Dick Van Dyke, Joan Baez, Midori Goto, and Debbie Allen -- but Garth being awarded the iconic Kennedy Center medallion seemed to pack a punch. The big guy seemed to feel the same way. More often than not, such honors celebrate the entirety of an artist’s achievements during the reflective autumn of their careers. Obviously the good folks at the Kennedy Center knew that waiting for Garth’s rocking-chair era could take a decade or two, and that they'd best do it now while he’s standing still. 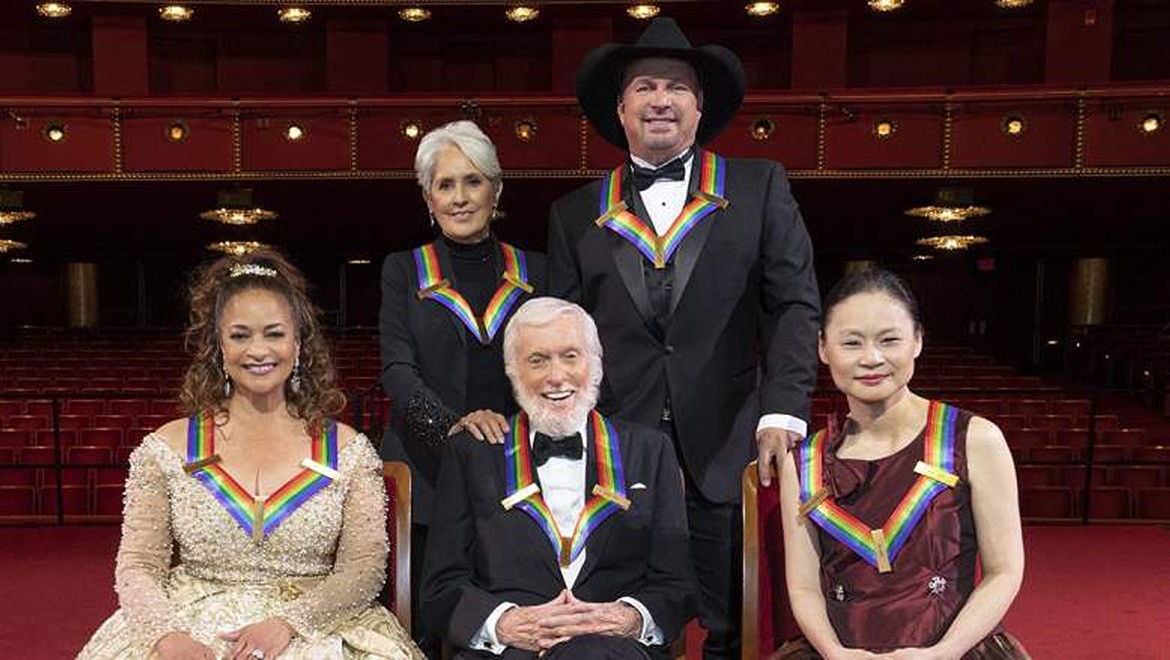 Meanwhile, Garth’s three-year North American Stadium Tour is emerging from hibernation to a growing list of record-setting, sold-out shows, as an extremely happy band and crew prepare for all things bigger and better. And of course, in pretty much every show, in every song, in one band-member’s hands or another, a Takamine Guitar will be doing precisely what it was hand-crafted to do. Garth's GB7C remains one of Takamine's most iconic and best-selling Signature Series guitar models, for good reason. It matches a solid satin-finished cedar top to a solid rosewood back, and features a unique soundhole that mirrors the dreadnought cutaway shape of the guitar. It also includes the highly acclaimed CT4B II preamp system with three-band EQ, volume control and built-in tuner, making it as ready to hit the stage as its designer.

Congrats to Garth for the Kennedy Center honoring his 30 years of stellar contributions.

Congrats to Garth for the Kennedy Center honoring his 30 years of stellar contributions from roofing companies milwaukee.

You deserve the award, Garth! Congratulations from all of us at Pearland Concrete Contractors

nothing like putting on an old garth brooks classic. I"m glad that he got this honor after over 30 years in the business.

Congrats to Garth for the Kennedy Center honoring his 30 years of stellar contributions.

I saw their performance and I am amazed by them, I hope their career will grow.