Recorded in Los Angeles with Grammy-award-winning producer John Congleton (St. Vincent, Lana Del Ray, The Decemberists), “Heavy Flag” is a “call-to-action” song by Michigan-based indie folk band The Accidentals, which includes Takamine players Savannah Buist and Katie Larson. Per the band, the song is about the cost of societal apathy, and about the power of humanity to effect change.

Sav Buist states that she wrote the song thinking about the future, the weight and responsibility of her generation to care for our resources and for each other. Joe Rosenthal’s iconic 1945 photo Raising the Flag on Iwo Jima served as a powerful reference and the inspiration for the title. “The weight of that flag, both physical and psychological struck me as a powerful statement,” said Buist, adding, “The time for that statement is now."

The song was just released on November 2nd, just in time for the 2018 midterm elections, and as Sav says, the song "serves as a reminder that the best way to protect what we care about is to vote for people that will represent what we care about on Tuesday Nov 6th." The Accidentals kicked off 2018 with the release of their debut label album Odyssey on Sony Masterworks, and toured 200 days in support. Both album and live shows were met with critical acclaim from the likes of NPR, Huffington Post and Billboard.

A critical component of both studio and stage performances for The Accidentals are their Takamine Guitars. Savanna’s #1 acoustic is her whiskey brown dreadnought P5DC WB and Katie’s NEX sized sunburst P6NC BSB. 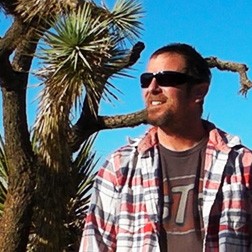