Calista Garcia Changes the World for You

Calista Garcia Changes the World for You

Just after midnight on March 3rd 2020, one of the deadliest tornadoes in US history touched down just west of Nashville and proceeded to rip through the city, obliterating everything in its path. As the winds howled and sirens wailed, Calista Garcia huddled alone in her Belmont University dorm room and braced for the worst.

“It was the most alone and frightened I’ve ever felt," said the 20-year-old Takamine artist. “And at the peak of my desperation, for whatever reason, my favorite Jack Johnson song popped into my head. I just started listening to it over and over.”

You might not imagine a song titled “Banana Pancakes” to be a source of solace when faced with mortal demise. But such is the magic of song, as Calista is here to testify.

“When I needed the comfort and solidarity of music the most, when I was the loneliest and the most scared I’d ever been, music showed up for me. That experience changed my whole approach,” said the prolific Garcia. “From then on I sought out and wrote mellower, sweeter, more authentic songs. That moment definitely reshaped my artistry.”

A Takamine player since age 12, Calista Garcia’s current acoustic guitar of choice is the iconic EF341SC from the popular Legacy Series. But a recently acquired EF381SC 12-string she describes as her “dream machine” is quickly earning her favor. 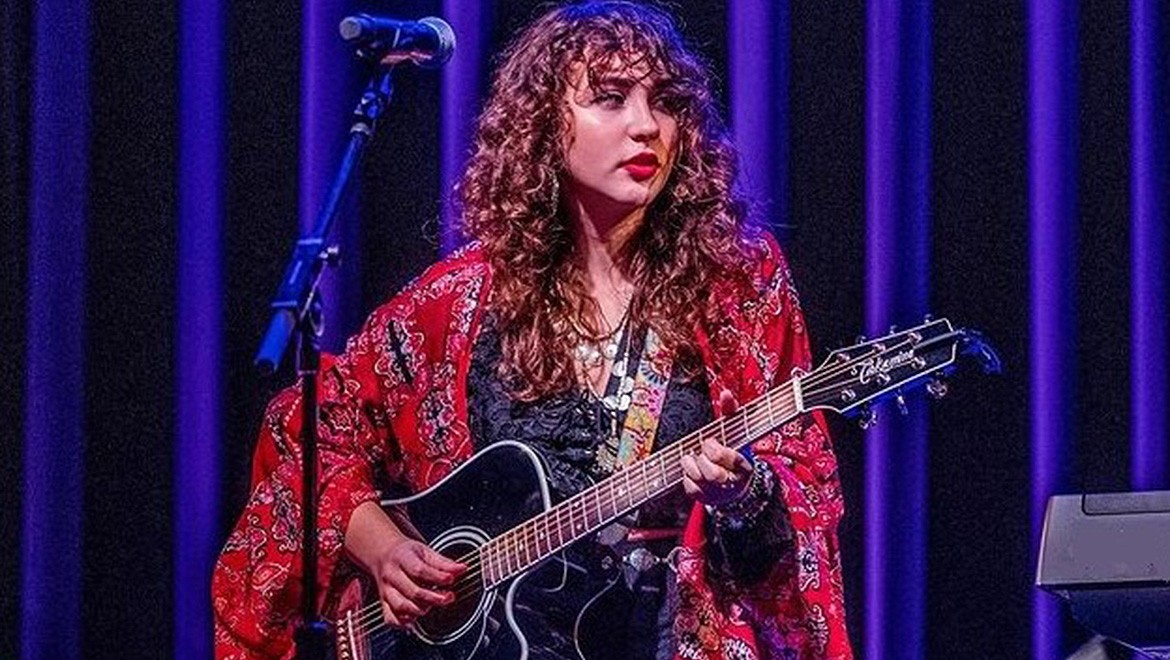 Released August 20, 2021 as the first single from her upcoming EP A Beautiful World, "My Love, My Love, My Love" is a ballad of pure love, comfort and hope delivered with typical Calista Garcia flair. With captivating chord changes, seamless key modulations and vintage vocal arrangements to make Karen Carpenter proud, "My Love, My Love, My Love" is just the latest example of the charmingly sophisticated songwriting of Calista Garcia. Her upcoming six-song EP is scheduled for release October 8, 2021, and was co-produced by Calista and Buddy Speir at 38 North Studio in Falls Church VA, and mixed by Grammy award-winning producer Jim Scott in his vintage-equipped Los Angeles studio. The high-caliber talent is evident throughout the production. A preview of the EP will be available here.

The project is a follow-up to Calista’s 2019 debut EP Wild Woman which was self-released to much critical acclaim including a nomination for “Best Roots/Country EP” in the 2020 Independent Music Awards. Based in Washington DC, Calista is a 2021 Chris Austin Songwriting Finalist at upcoming Merlefest.

One of the great artists of this generation. family dentist santa cruz ca

Such a talented and pretty young lady. Canton tree removal

When are you coming to Denver? Carpet Store Arvada

A very talented, she's a great one artist for drywall