Howard Stern’s first-ever interview with Bruce Springsteen, which aired live on the radio icon’s SiriusXM channel last Monday, turned out to be one of the more memorable interviews for either.

During the marathon two-and-a-half-hour sit-down, a wide-open Springsteen discussed details about his creative process -- the recent selling of his catalog (for $500 million), his last moments with the dying Clarence Clemons, his plans to retire (never)... even what brand of acoustic guitar he plays. 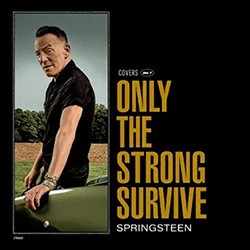 Friday November 11 saw Springsteen release his 21st album Only the Strong Survive,  featuring his take on 15 classic soul covers including the Commodores’, “Nightshift”, Jimmy Ruffin’s, “What Becomes of the Brokenhearted”, The Supremes’ “Someday We’ll Be Together”, and the Temptations’, “I Wish it Would Rain”. And yes, the album is as great as it sounds.

“I worked very hard on my singing on this record,” he told Howard before explaining he worked even harder to select the right songs for the album. “I made an entire record… and threw it out. There’re 15 songs on this record, 40 songs left on the floor.”

Bruce did not perform any of those covers during the interview but regularly took to his piano, or to one of four Takamines (two vintage TF450SMSB (now P6N), and two EF341SC ) to play snippets of classic Bruce tunes such as “Thunder Road”, “Born to Run”, “The Rising”, and “Darkness on the Edge of Town” with accompanying stories a la Springsteen on Broadway.

“So what kind of guitar is that?” Howard asked when Bruce grabbed his familiar, well-worn, NEX sunburst to play “Angel in the City”, the song he auditioned with for John Hammond of Columbia Records in 1972.

“This is a Takamine guitar," Bruce replied. “It’s a good acoustic-electric that I’ve used for a long time."

Later, when Bruce picked up his EF341SC to play “Land of Hopes and Dreams” Howard would ask again;

“This is a big Takamine - just a beautiful acoustic-electric,” Bruce answered, then explained his use of multiple guitars for multiple tunings.

Check out these two clips from the interview. In the first, Bruce demonstrates an acoustic version of "Born to Run". In the second, he reveals the origins of what many consider one of his most powerful songs, "The Rising". Then he plays it.

The interview concluded with the mutually-satisfied icons vowing to do it again. Meanwhile, the Boss gears up for his upcoming international tour beginning Feb 1 in Tampa for 31 US dates before crossing the ocean for 31 more throughout Spain, Ireland, France, Italy, Scotland, Netherlands, Norway, Sweden, UK, Belgium and Germany... for a start.